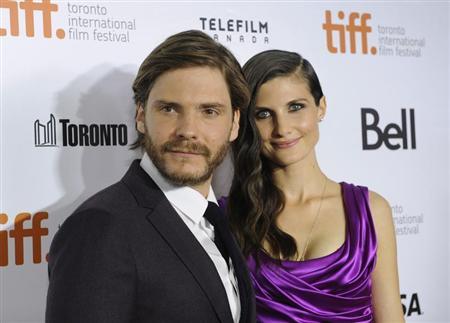 The set of Captain America: Civil War just became more star studded with the arrival of actor Daniel Bruhl who will take on the role of one of the Cap’s most notorious nemesis.

The actor was spotted on set in Atlanta, Georgia to begin filming. Several entertainment sites, including Just Jared featured photos of the actor on set talking with some of the crew members.

The Spanish-German, whose film credits include Rush, Inglorious Basterds, The Fifth Estate and the Woman in Gold, will portray the role of Baron Zemo, a Nazi scientist known for his sadistic streak, his superior intelligence and his propensity for testing deadly weapons on the innocent.

The character is credited with the creation of Hitler’s most destructive weapons during the second World War, including the death ray, the Adhesive X compound and the Compound X, an age retardant.

Fans are now awaiting photos of the star in full costume as Zemo’s costume, which according to his comic book mythos, he is compelled to forever wear after he inadverdely uses Adhesive X on himself during a battle with Captain America.

In an interview with The Independent, Bruhl said that he is blown away by the Marvel production of Captain America.

“I think I can tell you that without being thrown into Marvel prison…For the first few days I’ll walk around like a little boy, just amazed by the megalomania of it. It’s such a huge project. We could do 20 films with the budget,” he said.

Last May, Frank Grillo, who plays Marvel villain Crossbones wrapped his shoot for the movie and made the cheeky announcement on his Instagram account.

“I’m out, Atlanta. I came I fought I conquered,” he posted.

Khloe Kardashian and Lamar Odom updates: Former couple are 'not back...