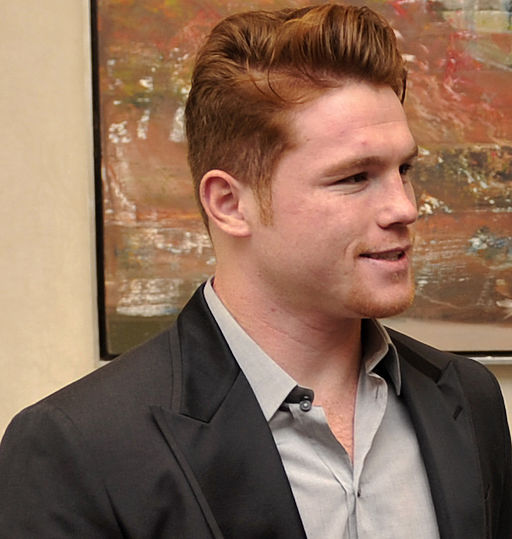 “The Golden Boy” holds this exact sentiment, despite the possibility of both men not facing each other given the situation between Alvarez and current challenger Amir Khan. Khan and Alvarez will be battling it out in a 155-pound catchweight on May 7th at the T-Mobile Arena in Las Vegas.

As stipulated by the WBC, Golovkin will be facing the winner of the said match-up.

According to De La Hoya, a rematch would be taking place should Khan emerge victorious on May 7th, but should Khan win in part two, he will end up facing Golovkin, if the latter wins in his own fight on April 23rd against fellow undefeated fighter Dominic Wade.

The making of the Alvarez-Golovkin fight has been clamored for a couple of years now and the buzz around it grew stronger when Alvarez called “GGG” out after his victory over Miguel Cotto in November.

Now that both men are seemingly headed in different paths, Alvarez is not as optimistic as his promoter, as far as the fight happening sooner than later goes.

In a report by Keith Idec for Boxingscene, Alvarez spoke further about what he thinks the fight’s scenario would be. According to the Mexican boxing sensation, while he believes that the fight will happen eventually, he is not sure if it will be taking place “soon,” as De La Hoya said it would.

“The fight’s gonna get made. ‘Is it gonna happen this year?’ I don’t know,” Alvarez said. “I can’t say. I don’t negotiate my fights. But if the conditions are right and the conditions are met, all the details of the fight, that’s cool. Let’s do it.”