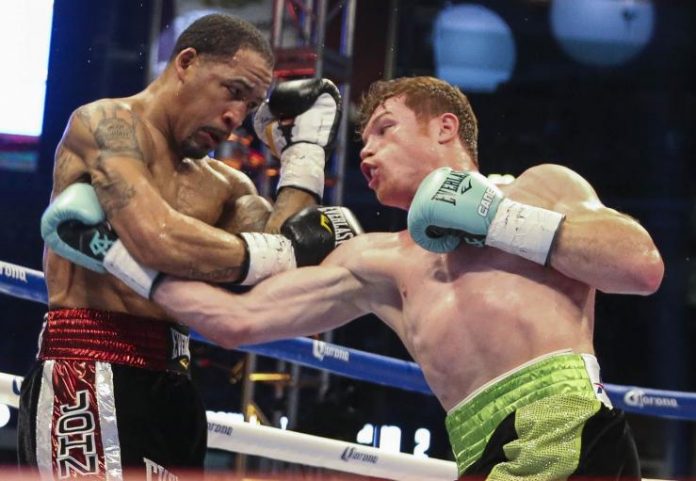 After the Pacquiao-Bradley fight in Las Vegas next month, another heavy hitter will come into the boxing scene with the Canelo Alvarez-Amir Khan bout on May 7. The date is part of the annual Cinco de Mayo showdown hosted by Golden Boy Promotions head Oscar de la Hoya.

“It’s a massive fight,” Khan said in an interview with The Guardian. “It’s not only a big fight in England, it’s a big fight worldwide, and that’s one of the reasons I took it, because it’s global. It will be massive for my profile in America, as well as England. No one ever expected this, and the shock just makes the fight bigger,” the British fighter added.

The bout has roused equal parts of anticipation and flak because of the match up. Some say that it is nothing but a business fight including fellow pro-boxer, Gennady “GGG” Golovkin. As previously reported, the Kazhakstani fighter, who is the mandatory challenger to whoever wins the aforementioned bout, has called out the promoters as well as the fighter for agreeing to the fight. But it seems like he is leaning towards booking a date with Alvarez than Khan.

Over at the Mexican camp, promoter and former boxing champ de la Hoya also has a few things to say to Golovkin’s persistent pursuit of Alvarez.

“I’m telling you people; it’s going to happen sooner than later. It’s a fight that is going to be a bit complicated to make, but not impossible,” de la Hoya said to Boxing Scene 24.