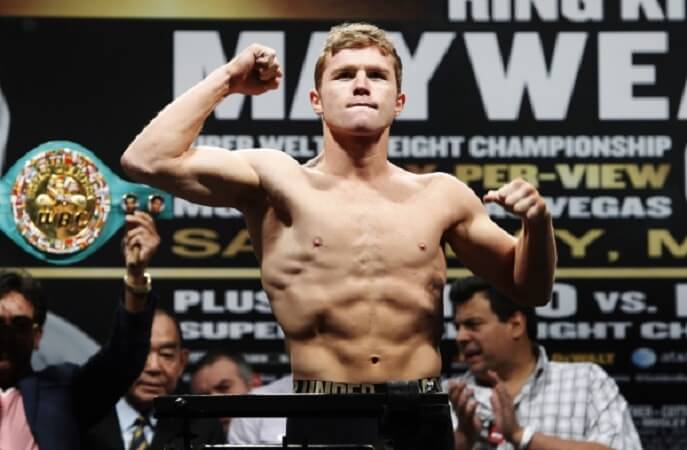 This year’s annual Cinco de Mayo boxing event headlined by Saul “Canelo” Alvarez and Amir Khan may be plagued by backlash, but the two fighters continue to up their game in preparation for their bout.

Alvarez, in particular, is trying to the make sure that he gets enough in his tank to keep up with Khan’s speed.

The 25-year-old pro fighter also acknowledges that though he is the heavily favored in the match, Khan may pose a different challenge to him saying, “He can be more difficult than Cotto. He really can, because of his style. I’m not taking him lightly. I think it’s going to be a difficult fight and I’m going to be prepared for it.”

In a separate sit-down with SkySports, the Mexican boxer even reveals that he is expecting Khan to take some things out of Floyd Mayweather’s guide book. Up until now, Alvarez’s sole defeat on his stat sheet came at the hands of “The Money” back in September 2013. But while Khan can learn from his loss, Alvarez can also do so as he continues to work on increased hand speed and faster footwork to keep his opponent guessing.

Over the course of the months after the confirmation of the two fighters’ showdown on May 7, both fans and industry people have touted it to be a lopsided game. Former pro-boxer and head of Golden Boy Promotions, Oscar De La Hoya, on the other hand, believes that it will be nothing less than a dogfight.

“Have you seen how big and strong Amir Khan is?” the 43-year-old said. “He’s a dangerous opponent for Canelo. He’s got the speed in which to beat him, and if he uses that speed and fights a smart fight, he absolutely can win.”

Alvarez-Khan will be the inaugural fight in the newly built T-Mobile Arena in Las Vegas. As of now, more than 14,000 seats have been sold out of its 20,000. De La Hoya thinks that in the remaining weeks ahead of the match-up, they will be able to sell out the venue.