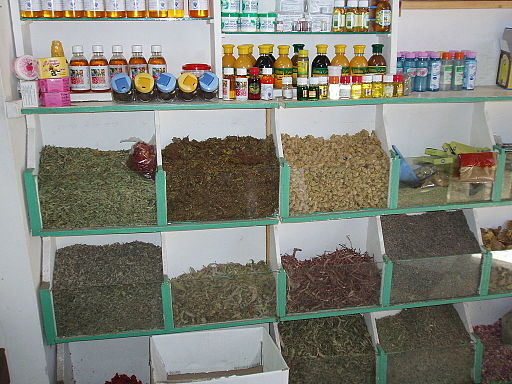 Herbal remedies used in Middle Eastern traditional medicine have been shown to modify the effect of chemotherapy and also increase the risk of bleeding in patients with cancer.

Turmeric and black cumin has been shown to modify the action of chemotherapeutic drugs. In addition, gingko biloba and green teas were associated to cancer patients with a higher risk of bleeding. These safety-related concerns were generally due to herb-drug interactions which alters the pharmacodynamics of cancer therapies and also the direct toxic effects of the herbs.

These results came from a survey conducted by researchers from the Technion-Israel Institute of Technology in Haifa, Israel where they investigated the type of herbal medicines being used by cancer patients from Turkey to Tunisia. More than 330 cancer care providers were asked about the herbal remedy use of their patients and about 57 percent of the providers reported that they had patients who use herbal remedies in conjunction with their cancer treatment. Countries that had the highest rates of herbal medicinal use in cancer patients were Turkey, Palestine and Qatar.The study showed that the most popular plants being used in these herbal remedies include stinging nettle, garlic, black cumin and turmeric.

The Middle East, particulary in the Arab and Mediterranean regions, has had a rich history with the use of natural medicinal herbs. Indigenous Arab medicine is thought to have contributed greatly to the development of Western medicine. However, healthcare providers in the region are now skeptical with regard to herbal medicines in cancer treatment.

Assistant Prof. Eran Ben-Arye, the principal investigator of the study, did indicate that the cancer patients are only using these herbal remedies just to improve their quality of life and not to actually treat their cancer.

“In the majority of cases, patients seek to combine the best of the two worlds and do not perceive herbal medicine as a real alternative to modern oncology care,” Ben-Arye said.

Ben-Arye and his colleagues in the study hope that their findings would encourage cancer care providers to have a more open and non-judgemental view when discussing the safety and effectiveness of herbal remedies with their patients. Ben-Arye said that hopefully “majority of patients would hope to share their experience and questions of herbal option with their health care provider ‘at home’ within the oncology department rather than ‘outside’ where non-professionals and sometimes charlatans suggest miraculous potions.”

The study is published in the February 2016 Issue of Cancer.