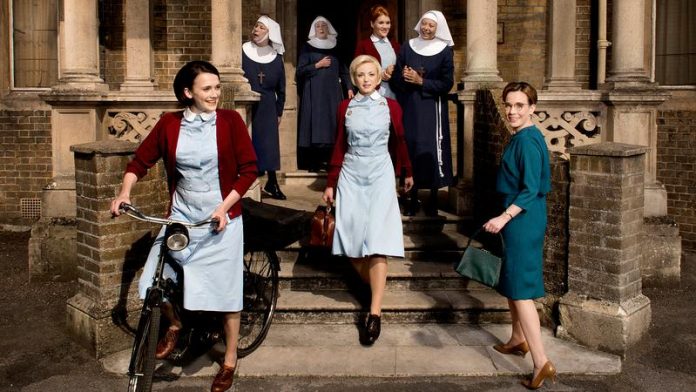 British drama “Call the Midwife” has never been shy of tackling real life issues in the show, and it promises that season 5 will have more material that will pique their interests.

In the last episode of the show, the issue of using formula in lieu of breastmilk was tackled when a baby’s life was threatened because of Sister Evangeline’s opposition to the use of formula.

Barbara also had to make a tough call when a pregnant woman asked to have an induced delivery so that her dying husband will be able to see their baby.

The next episode promises to be no different as a typhoid outbreak will erupt and people will start blaming each other in search of the culprit. This will reach the point where a closely knit family’s relationship will be affected.

Meanwhile, Sister Winfred will face a personal issue when she finds out that a local teacher has gotten pregnant by a married man. She will begin to question herself when the woman takes matters into her own hands.

As for Barbara, she will finally agree to have dinner with Tom, but she will be afraid of how Trixie will react upon learning of the date.

Meanwhile, the show shared through its Facebook page a visit to the set by award winning science broadcasters “Naked Scientists,” a team of scientists, doctors and communicators who host radio shows and podcasts to engage the public in the field of science, technology and medicine.

According to the Facebook post, the team looked around the set and chatted with their technical team on the process of conducting researches and executing the cases with medical authenticity.

“Call the Midwife” season 5 airs on BBC One every Sunday in the UK. In Australia, it airs on BBC First every Tuesday.