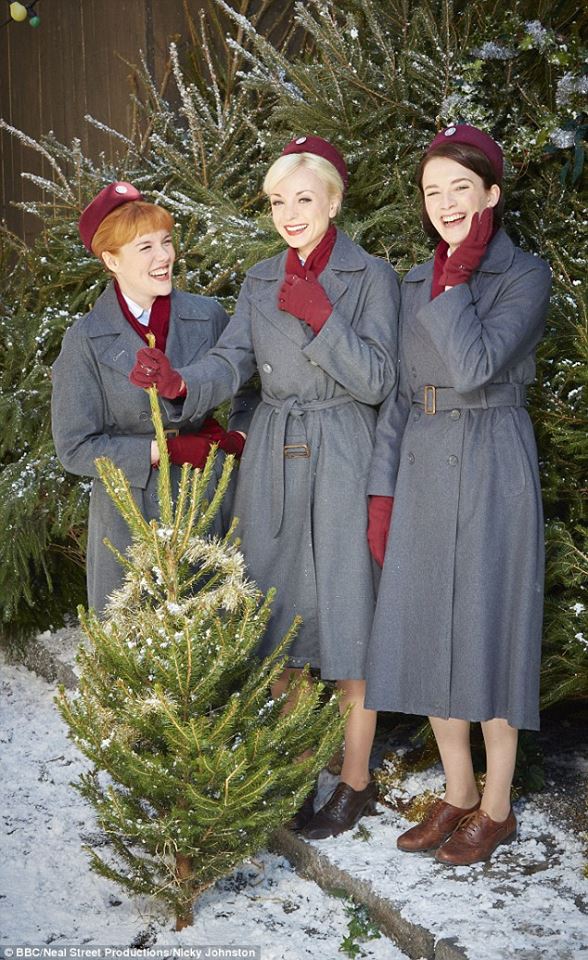 With the return of BBC’s periodical drama series “Call The Midwife” for season 5 quickly approaching, spoilers have it that the viewers are in for a new eight-installment run full of drama, babies and leotards.

On promotional images shared by Radio Times, the Nonnatus House nurses and nuns seem to have an exciting narrative ahead of them as they can be seen having scrumptious lunch, enjoying the sun outside while wearing casual clothes, biking around the town and donning their exercise getups for what could be a session of retro aerobics.

The fifth season is expected to pick up from where the storyline left off and reveal how Trixie has been coping up with her alcoholism since her admission, some social change and women empowerment, and a healthy dose of friendship and camaraderie.

The plot which is set in the 1960s will also tackle the first man in the moon, new housing, and the proliferation of birth control use as the younger generation moves on from the effects of the post-world war era. Alongside the good changes and advancements, it is predicted that the show will continue discussing Thalidomide and the disaster it brings.

Meanwhile, it is confirmed that the viewers will see more of Poplar as the show has been renewed for season 6 composing of a Christmas Special for this year and to be followed by another eight episodes in 2017.

“I am delighted that the BBC has decided to commission series six of Call The Midwife even before we have gone on air with series five!” executive producer Pippa Harris said.

“It really demonstrates their commitment to and passion for the show. The ongoing success of ‘Call The Midwife’ is down to the incredible writing skills of Heidi Thomas and the talent and dedication of our wonderful cast and crew. I hope the audience will enjoy watching series five, which I firmly believe is our strongest yet,” she continued.

Premiere episode of “Call the Midwife” season 5 is slated to air on Sunday, Jan. 17.