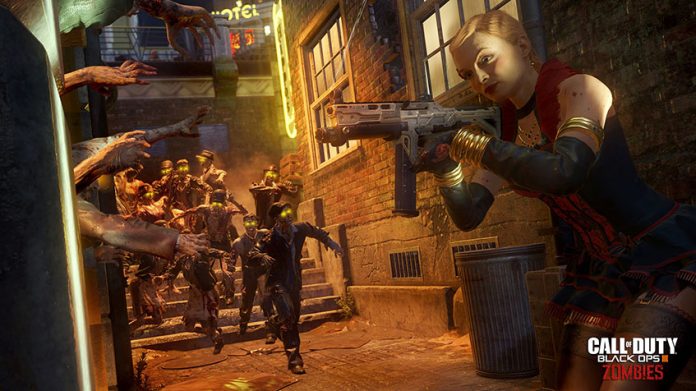 The previous week had this year’s Electronic Entertainment Expo (E3) happen, with some first-person shooter (FPS) fans anxiously waiting for an announcement from either Treyarch or Activision about “Call of Duty: Black Ops 3”, only to be met with disappointed when nothing about the game arose during the event.

Many continue to wait for the next post-release content pack to hit the latest title in both the “Call of Duty” series and its “Black Ops” subseries, with the game’s third downloadable content (DLC) pack speculated to be arriving soon.

Months ahead of the game’s release in November of last year, Video Games Blogger shared a post detailing the tentative release dates for each of the major updates and post-release content for “Call of Duty: Black Ops 3.”

The list showed Activision’s new plans for the post-release content for the game, which will have all of the packs release for first to the PlayStation 4, a month ahead of its release to the other consoles. This is a marked contrast to the franchise’s years of partnership with Microsoft’s Xbox home console where it previously first released its DLC content, with the other platforms soon to follow.

On top of the list were the already released DLC packs for the game; DLC map pack 1, titled “Awakening,” released back in February first for the PlayStation 4 with the PC and Xbox One release following after a month in March, and DLC map pack 2, titled “Eclipse,” which released to the PlayStation 4 back in April before being followed by a release to the other platforms last month.

If the third map pack follows the pacing, then it should release sometime this month with the list setting the date for June 21. As always, it would first come to the PlayStation 4 before following to the other platforms next month, but with no news as of yet the possibility exists that the map pack was delayed.

According to the list, the fourth map pack would be following in August for the PlayStation 4 and September for the other platforms. That would end the post-release cycle for “Call of Duty: Black Ops 3” a little over a month before the next game in the series, Infinity Ward’s “Call of Duty: Infinite Warfare,” releases in early November.