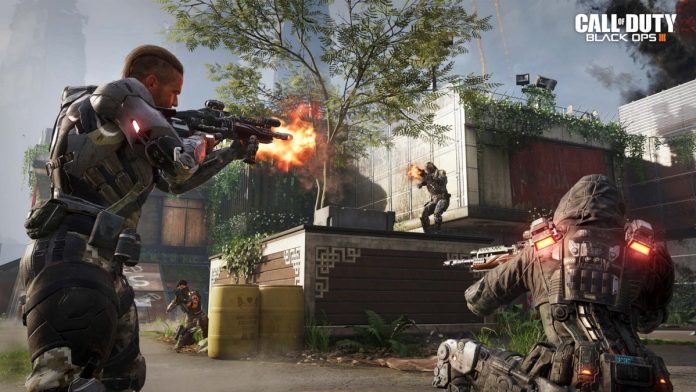 With its Awakening DLC already available to Sony’s PlayStation 4, Microsoft’s Xbox One, and Windows PC, fans of Treyarch and Activision’s “Call of Duty: Black Ops III” are now looking forward to the second add-on content. The upcoming DLC, rumored to be called “Ignition,” will reportedly have four new maps and a brand new zombie chapter.

The leak comes by way of a Twitter user who admits the information is “not confirmed but I trust my sources.” The leaked image shows the four new maps as “Junction,” “Hangar,” “Rooftop,” and “Breakout.” It also features a new zombie chapter titled “Die Insel” which is German for “The Island.”

Although some people quickly believed the leak, others like Gotta Be Mobile shrugged it off as a fake. Those following “Black Ops III” might immediately recognize the background image as the same one used in the game’s Awakening DLC promotions. The image used for the Hangar map was also revealed to be the S.H.I.E.L.D. Hellicarrier concept art from “Captain America: The Winter Soldier.”

The leaked image is confirmed to be a fake so “Black Ops III” fans should not expect the maps to be included in the upcoming Ignition DLC. However, based on Awakening, the second DLC will also reportedly have four new maps, three of which could be a remake of an older map, according to Gotta Be Mobile. The upcoming DLC is also expected to continue the story in Der Esiendrache in the same setting.

Neither Treyarch nor Activision has commented on “Call of Duty: Black Ops III’s” next DLC. However, the developer is expected to make an official announcement at the ongoing Game Developers Conference (GDC) 2016. Following the announcement, the game is then expected to release first on the PS4 on April, thanks to a Sony and Treyarch deal, while it will arrive on the Xbox One and PC a month later. These release dates aren’t confirmed though.

Games With Gold: FREE Games for September include Deer God for...