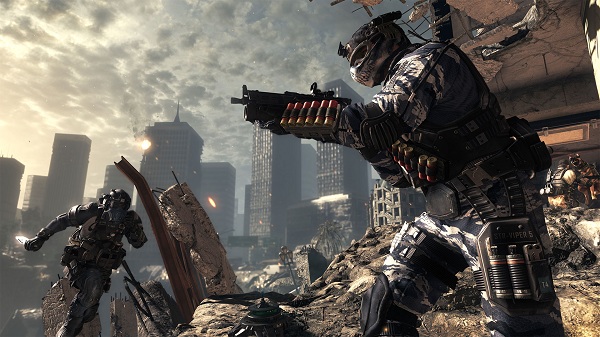 Activision’s upcoming “Call of Duty” sequel has been confirmed to be developed by Infinity Ward, the same developer which created the “Call of Duty: Modern Warfare” titles and “Call of Duty: Ghosts.” Now, a new leak has revealed that “Call of Duty” 2016 will be a sequel to the latter and will be released towards the end of the year.

The leak comes from UK gaming magazine Games and was first reported by gaming site Fraghero, who in turn was given the scoop by one of its readers. The magazine article that appears in the February 2016 issue under a feature called “2016 Most Wanted Games” claims that the sequel will be titled “Call of Duty: Ghosts 2.” The article author adds that Infinity Ward will need to deliver a follow-up game that’s of the same quality as its previous “Modern Warfare” title.

“Infinity Ward will have had three years to work on a follow up, and it needs to showcase the same creative spark that once put in on the map with Modern Warfare back in ’08 if it wants any chance of standing shoulder to shoulder with Sledgehammer and Treyarch,” an excerpt from the magazine article reads.

The magazine article also reportedly mentions that the game will release in November 2016. The release date is in line with the launch of previous “Call of Duty” titles. Activision delivered “Call of Duty: Black Ops III” in November 2015 and industry followers find that following the same launch schedule would make sense if the franchise aims to release annually.

Of course, these information are unconfirmed and should be regarded with a grain of salt. In any case, Activision has confirmed its participation in the upcoming E3 2016. Although the publisher will not have a booth during the event, it has promised to showcase a gameplay video of the next “Call of Duty” game. In addition, the publisher has also said it will provide fans “insight and access to the world of Call of Duty” during the Call of Duty Championship this fall.