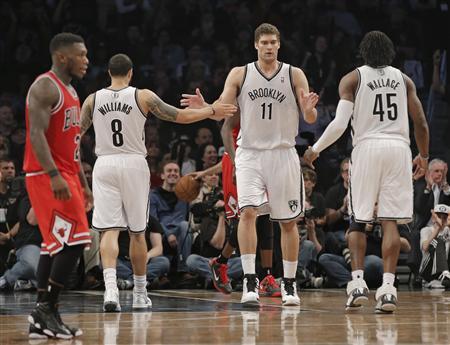 The Brooklyn Nets are in a familiar place once again, seemingly content on either winning games on the best days or losing them on a nightly, regular basis. To be fair, though, Kenny Atkinson’s team currently sports a 34 winloss card that features a victory over a playoff contender in the Detroit Pistons. However, the tough grind of an 82-game regular season should take its toll on a team that already lost starting point guard Jeremy Lin for a couple of weeks due to a hamstring injury.

But the bigger question heading into this season is center Brook Lopez, the one player that the Nets organization has been reluctant to let go all these years. A couple of years back, Lopez was deemed as the team’s centerpiece for a rebuild, but the 10th overall pick in the 2008 NBA draft has been a fixture in trade talks and this year is no exception.

Several news outlets reported that the 28-year-old might be traded right before the February 2017 trade deadline and his destination is somewhat intriguing. Accordingly, Lopez could end up playing for the Chicago Bulls for the remainder of the season, suggesting that he will be reunited with his twin brother, Robin Lopez.

An earlier report by ESPN’s Marc Stein first revealed the possibility of Lopez exiting the Nets on or before the deadline, quoting rival team executives as saying that the Nets front office has expressed openness for a swap. Stein’s report didn’t mention Chicago as a possible destination though as it was Boston that was looked upon by Brooklyn as the preferred trade partner. However, general manager Danny Ainge and the Celtics didn’t appear to be interested in Lopez.

Even though Lopez seems to be one of the favorites when it comes to fueling trade rumors, there’s no denying that he still is the main offensive weapon of a team that is made up of primarily unknown and journeyman players. If Brooklyn wants to trade him, the team needs to get another frontline leader in return.