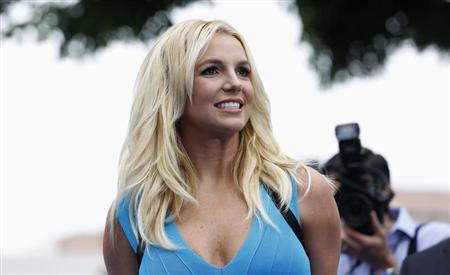 The mother of two is presently in the middle of her “Britney: Piece of Me” residency tour in Las Vegas which will run until 2017 after a two year extension. On top of that, she is also set to appear in the next episode of the CW comedy series “Jane the Virgin” as a guest star. However, even in the middle of a chaotic and hectic schedule, she was still able to squeeze in producing a new album to the delight of her fans.

Rumors started swirling of a new album when Spears dropped the odd hints through her social media. Billboard then published an article that further explained the cryptic messages from the singer. After numerous speculations, a post from her official Twitter account on Nov. 4 confirms that the 33-year-old icon is indeed working hard for a new release. She posted a photo of herself and songwriters Justin Tranter and Julia Michaels all in goofy poses with the caption “Working hard and hardly working…new album…wheeeee!”

Information regarding the timeframe and concept for the new album is still thin but fans are already excited just knowing that new music is coming up. If there is an indication that the new album will be a chart topper, it is that Spears has been a constant music force to reckon with in her almost two decades in the business.  Her last album “Britney Jean” reached number four on the Billboard 200 chart after its release in 2013.

Meanwhile her smash record “Hit Me Baby One More Time” was recently featured on John Seabrook’s new book called “The Song Machine; Inside The Hit Factory” where the author finally sheds some light on what really is the meaning behind the January 1999 chart topper. Turns out to be that the term “hit” was the new American teen slang for “call” during that era, making the song a pleading case for the singer’s ex boyfriend to call her.