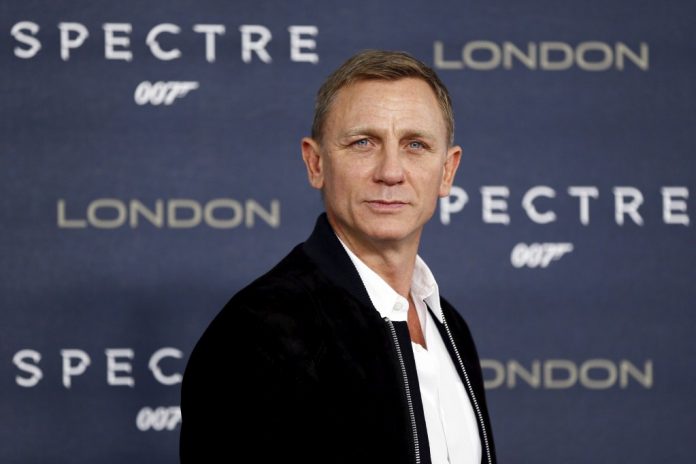 In the 62 years since James Bond first appeared in print, there’s no doubt he has helped boost the reputations of his real-life counterparts in British intelligence.

Now, Daniel Craig the truest to author Ian Fleming’s original vision since Sean Connery, if not ever is back on screen in “Spectre.” The franchise is as strong as ever.

In reality, however, the decades since Fleming first penned “Casino Royale” have been distinctly mixed for the United Kingdom and its spies.

For sure, the Secret Intelligence Service traditionally known to its members as SIS and to the rest of the world as MI6 and its sister service MI5 retain a world-class reputation. They are in good company. The reach and skill set of those two agencies responsible for foreign and domestic intelligence, respectively are more than equaled by signals intelligence specialists Government Communications Headquarters (GCHQ). Britain’s special forces the Army’s Special Air Service (SAS) and Royal Marines’ Special Boat Service (SBS) are also legendary.

They have, however, been far from infallible. Even as Fleming wrote of their prowess in the early 1950s, some stellar embarrassments loomed.

Throughout the late 1950s and 60s, Whitehall (one-word shorthand for the UK’s version of the State Department, the Pentagon and CIA and FBI headquarters) was torn apart by slow-burning scandal as news emerged that some of Britain’s most trusted intelligence officials had in fact been spying for the Soviet Union. More recently, there have been controversies over officials’ complicity in torture and rendition, as well is the small matter of their intelligence-gathering related to Iraq’s non-existent weapons of mass destruction.

Bond and his fellow fictional British operatives, however, allow UK intelligence to project an image that goes well beyond the niggling issues of reality.

It might have only the most tangential relationship to what really happens, but it still has real-world impact.

A couple of years ago at a drinks reception in Washington, a former CIA official told me he believed neither he nor anyone else in the U.S. government would ever turn down a briefing from British intelligence. It wasn’t just about the quality of the material, he said good though it often was.

Even the phrase “British intelligence,” he said, had a mystique, glamour and style that was intrinsically fascinating. He suspected British officials were well aware of it, he added, and deliberately styled themselves accordingly.

Whether that is genuinely the case at least more than subconsciously I’ve never been able to confirm.

One thing is definitely true British intelligence officials and agencies are much better than their transatlantic cousins at keeping secret what they actually do. And therefore either by accident or design their fictional alter egos end up filling the gap.

It’s not just Bond he is just by far the most visible example. There is George Smiley and the other ever-depressed, dogged and morally compromised spies of John le Carr. Then there are the works of Frederick Forsyth, Erskine Childers and John Buchan the latter going back well before Bond to the years before World War One.

Even some of the more obscure British spy fiction is unmistakably first-class. My personal pick would be the 1978-1980 ITV series “The Sandbaggers,” described by the New York Times a quarter of a century later as “the best spy series in television history.”

For anyone who has ever worked in any kind of bureaucracy or, for that matter, been around conflict and violence the show simply feels real.

The reason, of course, is that all of these books and shows were written by individuals either employed by or closely exposed to British intelligence. John le Carr spent decades claiming to have been former British Foreign Office before admitting he was SIS. Forsyth author of “The Day of the Jackal”among others works this year revealed he had performed tasks for SIS while working as a reporter behind the Iron Curtain. “The Sandbaggers” writer Ian Mackintosh was a former Royal Navy officer who worked in intelligence, and whose death in a plane crash has never been satisfactorily explained.

With the British government much more reluctant than the Americans to give former officials permission to write their memoirs, fiction by well-informed insiders has for years been almost the only available window.

But it is fiction and that’s important to remember. Fictional narratives, the truism says, must make sense in a way that reality seldom does. Narratives also tend to feature heroes or at the very least, compelling protagonists in a way that real life doesn’t always echo, either.

That of course, is particularly true of Bond. His creator, Fleming, started life as a Reuters reporter before discovering that the job didn’t pay for the lifestyle he wanted. (Although crucially, he later conceded, it did teach him how to write.)

World War Two offered an escape from his second career in banking but again, his time in naval intelligence (like Bond, he held the rank of commander) seems to have been less exciting than hoped.

What it did give him, however, was the material to create Bond and his world. He would later model his fictional secret service chief “M” on his wartime boss and Director of Naval Intelligence, Rear Admiral John Godfrey. (The real chief of SIS is always referred to as “C,” and has been since its first leader, Mansfield Smith-Cumming, who always initialed documents “C” in green ink.)

Fleming had worked with some of the more colorful characters at the heart of World War Two espionage, including Alan Turing, the technical genius who broke Germany’s Enigma codes, and William “Wild Bill” Donovan, a U.S. official who went on to start the CIA. Several well-bred (and quite possibly long-suffering) Whitehall secretaries helped provide the model for Miss Moneypenny.

Fleming’s time on the more glamorous side of life in London and overseas including covering Stalin’s 1930s show trials in Moscow for Reuters gave him the experience to inject other realistic details.

From the start, though, what really made the James Bond series work was the fantasy: the lone agent with the “license to kill,” the femme fatales, the over-the-top evil masterminds with unnecessarily complex plans. And, of course, the conceit that Britain’s top agent might repeatedly save the world. It was a reassuring if not always plausible pitch for an era in which Britain’s empire was disappearing, and with it much of its global influence.

In the corridors of power in Whitehall, such worries particularly over the importance of Britain to the United States are on the rise again. The end of the Afghan war, declining UK defense budgets and the 2013 vote to avoid entanglement in Syria as well as an upcoming European Union membership referendum all risk making the country appear irrelevant, officials and pundits warn.

Somewhere out there, though, I can’t help but suspect, at least a handful of SIS officers are gleefully exploiting their ongoing mystique to win sources, access and maybe, just maybeachieve something important.

Or alternatively, of course, seduction and sex.

This column appears courtesy of the Project for Study of the 21st Century (PS21). For more information visit www.projects21.com

'Young and the Restless' spoilers: Lily and Cane talk about marriage;...