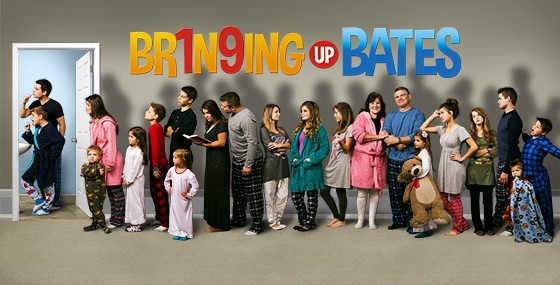 The Bates family, despite their upcoming 14 episodes of Bringing up Bates slated this June 4, are currently being asked regarding the current situation of their good friends and co-stars at “19 Kids and Counting.”

The Duggar family is currently embroiled in a huge scandal of child sexual molestation from within the family. The Bates family released their official statement regarding the incident: “We’re praying for our dear friends, the Duggars, and respect their privacy,” according to Christian Today.

The Duggar family of “19 Kids and Counting” were rocked recently by the child molestation allegations against Josh Duggar when he was a teenager. A police office report emerged in the media in which it is understood that he admitted to touching minor girls. The newly surfaced police report was posted online by In Touch Weekly.

As a result of the controversy, Duggar resigned his position at the Family Research Council and issued a statement in which he expressed regret for his past actions.

His parents Jim Bob and Michelle Duggar released a separate statement clarifying that they previously reported their son’s actions to the authorities.  Both he and the victims received counselling.

This is in contrast to critics who have accused the parents of trying to cover up the molestation allegations in order to protect their son.

Both the Duggar and Bates families have 19 children in them and inspired a slew of reality series, the most recent of which is Bringing up Bates, airing on UPTV.

According to the official press release at TV by the Numbers, the series will focus on some key story arcs and milestones in the megafamily. This includes Alyssa and John Webster’s first child, Erin’s pregnancy and baby Carson, Brandon and Michaela’s engagement in Washington D.C. towards their slated August 15 wedding, and the Bates’ annual lake visit and I Love You day celebration.

'Deadpool 2' release date, news: Production will not begin in January...