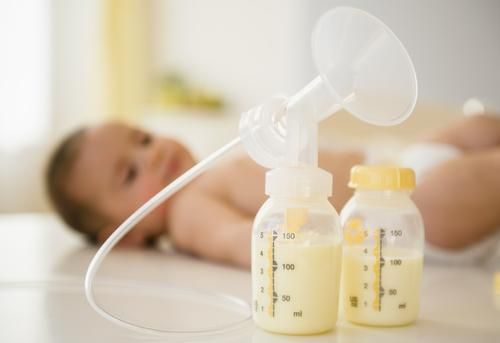 A mother’s breast milk is essential to a baby’s growth and development while the immune system starts to boost. Scientists have discovered an important protein in human breast milk that could also be turned into an “artificial virus” that could fight drug-resistant bacteria in human cells.

A study published in “Chemical Science” suggests that a key protein called lactoferrin could destroy harmful bacteria, viruses, and fungi found in the cell membrane. Researchers from the UK National Physical Laboratory and University College of London have discovered more of its promising abilities in combating diseases by partnering it to small amounts of amino acids which eventually turns into virus-like capsules that could destroy bacteria which are resistant to medication.

“Antimicrobial resistance is an increasing public health threat which requires a strong and coordinated response,” said Jason Crain, director of research at NPL. “This work demonstrates the power of combining physics and engineering principles with innovative measurement methods to create new strategies for tackling the problem.”

This artificial virus sets itself apart from regular viruses through its ability to differentiate bacteria from human cells without attacking them.

“The result was striking,” said Hasan Alkassem, one of the study’s authors. “The capsules acted as projectiles porating [or punching tiny holes in] the membranes with bullet speed and efficiency.”

The researchers still need to conduct further studies, however, to test the effect of the artificial virus among animals and then humans.

According to the World Health Organization, antimicrobial resistance could lead to severity of diseases, or worse death, among patience with tuberculosis, malaria, influenza, and HIV.

To avoid acquiring anti-microbial resistant diseases, WHO advises people to wash hands frequently, avoid contact with sick people to prevent virus transmission, get regular vaccination, use antibiotics only when prescribed by the doctor, complete the full-treatment course regardless of signs of recovery, and avoid sharing of leftover antimicrobial drugs.