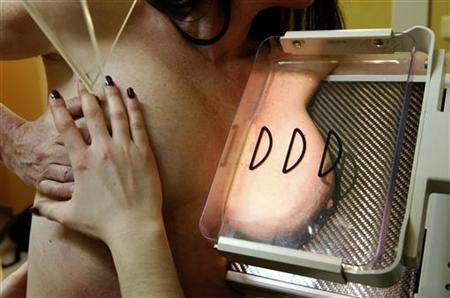 Latest U.S. data has showed that the number of breast cancer patients that opt to have both their diseased and healthy breasts removed has more than tripled in the past 10 years. In addition, this type of aggressive surgery called contralateral prophylactic mastectomy (CPM), has not been associated with a survival benefit.

These findings come from a study recently published in the Annals of Surgery. Researchers assessed the rates of different surgeries for breast cancer among nearly 400,000 women in a National Cancer Institute database who were diagnosed with breast cancer and chose to have surgery between 2002 and 2012.

The results show that rates of women who chose CPM relatively tripled from 3.9 percent in 2002 to 12.7 percent in 2012. In contrast, the rates of women who chose unilateral mastectomy, which removes only the breast affected with cancer, dropped from 35.8 percent to 28.9 percent. Furthermore, this trend was evident in all breast cancer patients, regardless of the woman’s age or how advanced the breast cancer was.

In addition, the researchers also looked whether CPM will grant the patient greater odds for survival. They looked at the outcomes of more than 200,000 women in the National Cancer Institute database who had surgery prior to 2007. The results show that the 10-year survival rates for all types of breast cancer surgery were similar, roughly averaging at around 89 percent. This indicates that the majority of women who choose to have their healthy breast removed will not necessarily benefit from doing so.

“If I can say that the prophylactic mastectomy is going to keep you alive longer, then absolutely, that’s something we should definitely strive for… But it really made no difference in terms of overall outcome and survival.” said the study’s senior author Dr. Mehra Golshan as quoted by Time. Golshan is the distinguished chair of surgical oncology at Brigham and Women’s Hospital in Boston, Massachusetts.