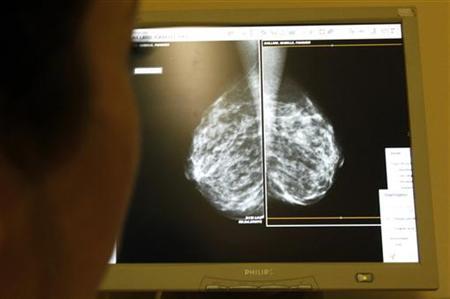 A new study, published in the journal Nature Communications, discovered a new function for the BRCA1 gene, which is associated to the development of breast cancer.

Researchers from the Cancer Therapy & Research Center (CTRC) at The University of Texas Health Science Center established that BRCA1 is also responsible for the expression of another gene, COBRA1, which regulates the development of mammary glands.

BRCA1, in normal settings, is known to repair damages (caused by aging or environmental factors) in DNA and subsequently inhibits the development of cancer.  Thus, mutations for this gene will cause its dysfunctionality and DNA damages would not be repaired anymore, as is the case during breast cancer.

However, the lead author of the study, Rong Li, Ph.D., a professor of molecular medicine at the Health Science Center, was puzzled as to why mutations of the BRCA1 gene is significantly associated to only breast and ovarian cancer. Additionally, even though DNA repair is important all cells of the human body, regardless of sex, loss of BRCA1 function does not significantly affect men, as compared to women. Li recognizes that BRCA1 is involved in DNA repair to suppress tumor development, but he does not think that this is the whole story.

By knocking out the genes BRCA1 and COBRA1 in mice, the researchers were able to show that both their gene products interact with each other to regulate the development of breast tissue. BRCA1 binds with COBRA1 and regulates the enzyme RNA polymerase II, which is active in mammary gland development.

“We now have solid and compelling evidence that BRCA1 in breast tissue is doing something independent of DNA repair … that can better explain [the gene’s] tissue and gender specificity” said Li, as quoted by EurekAlert.

He added that the goal for this research was to ultimately “slow down or even prevent breast cancer development in BRCA1 mutation carriers.”