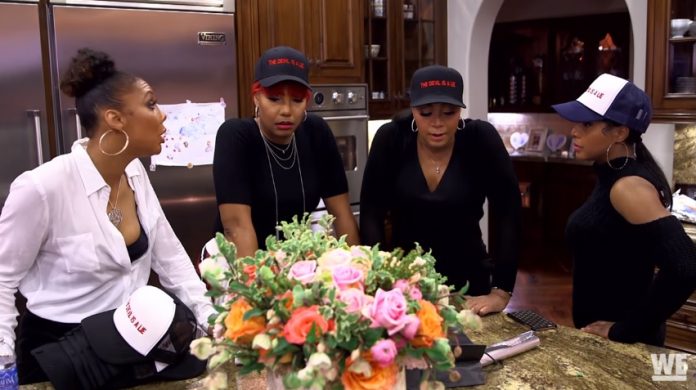 The Braxton sisters have had a long history of drama in the past and the upcoming episodes of “Braxton Family Values” season 5 seem to promise fans with more laughs and gags from the family. However, the sisters will be facing an issue about their mother’s health which would bring them closer despite geographical differences.

“They had to take me to the hospital because I had a small stroke,” Evelyn Braxton says in the preview clip exclusively shown to PEOPLE, adding that her face got numb during the incident.

Her daughters have been quick to respond and express their fears for their mother’s health. In a teaser released by WE tv, Toni Braxton said, “She could have a series of strokes … And that could be bad.” She also stressed how this event should lead her to reconcile with her sister Towanda, with whom she has been having a rift, for their mother’s sake.

In the synopsis given by WE tv, the upcoming season is set to revolve around whether or not the sisters would continue to be divided or be reunited in the upcoming episodes. The synopsis also discloses, “In the midst of it all, Evelyn learns she must have emergency surgery. Because of their die-hard love for their mom, the sisters put aside their differences, but there’s still a lot of work to be done before they can heal old wounds. And they need their beloved mother Evelyn, now more than ever, to help them negotiate the way forward. But in the end, have the years of growing conflict created a rift that will be beyond repair?”

The upcoming season is also expected to reveal the root of their geographical division.

Last season ended with Tamar separating herself from the family projects while her other sisters chose to focus on their own careers. Although Tamar has been reconnecting with her sisters again, old issues seem to inevitably resurface and break their bond again. Fans will have to find out what happens to the sisters in light of their mother’s pressing health issue.