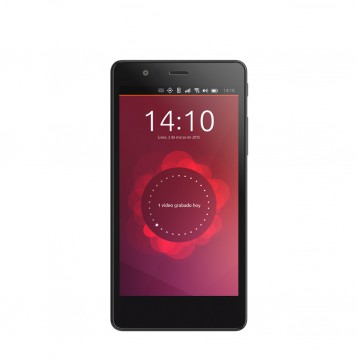 However, users who would like to purchase the phone for immediate use may not be able to do, as orders starting today will only be processed by BQ on June 22, and will even take a few more days before the buyer receives the purchased phone. Additionally, the BQ Aquaris E5 HD Ubuntu Edition is only available in countries in the European Union, Norway and Switzerland.

The BQ Aquaris E5 HD Ubuntu Edition runs on 1.3GHZ quad-core MediaTek Cortex A7 CPU with Mali 400 GPU. It sports a 5-inch capacitive IPS display with 1280×720 HD resolution, 16:9 aspect ratio and 294 HDPI, all equipped with Dragontrail Protection Glass. The said display protection technology rivals the Corning Gorilla Glass and also offers strength and screen resistance against scratch and damage. This technology has been used on some Sony Xperia Z series smartphones and XOLO smartphones too.

It supports the standard 3.5mm headphone jack, for easier multimedia enjoyment. It also supports various video, audio, images and text formats such .avi, .mkv, .mov, .pdf, .txt,without the use of a downloaded application. The device runs with 1GB worth of RAM, and 16GB of built-in internal storage, with support for an external microSD card expansion of up to 32GB. The Ubuntu-booting smartphone is powered by a 2500mAh Lipo battery.

The BQ Aquaris E5 HD Ubuntu Edition is available at the BQ store for 199.90.

MacBook Pro 2016 release date later than September; specs to include...