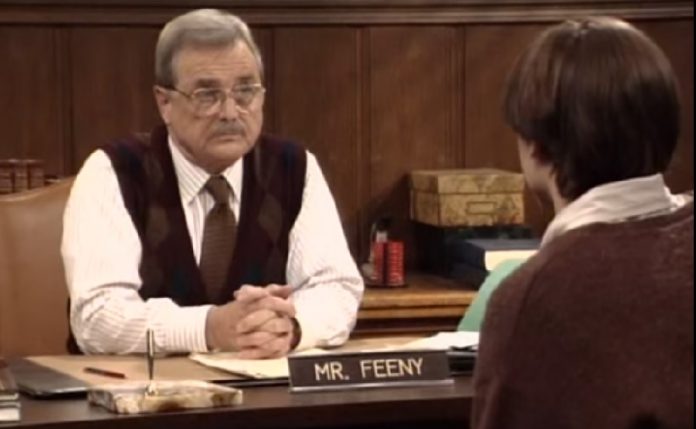 He was known for his role as Mr. Feeny, a teacher and great counselor of the teenage boys in the defunct Disney Channel sitcom, “Boy Meets World.” William Daniels was 16 years old when he first appeared on television. Now at 89, Daniels realized he was abused as a child.

“Many decades later, when I started writing this book, I started seeing a psychologist, Dr. Estelle Shane, who suggested that I was an abused child,” Daniels wrote in his autobiography. “I was shocked to hear such a description that I had been robbed of a normal childhood, forced to perform and put into situations that I had no control over,” he continued. His father, Charles, was a builder, and his mother, Irene, was a telephone operator.

As a child, the “St. Elsewhere” actor recalled that his mother forced him to jump into audition after audition and pushed him to sing, dance, and act. Later on, he joined his sisters, Jacqueline and Carol, to perform on numerous radio shows and television programs. However, they were not given enough compensation from their late night to early morning performances. Their father had no qualms about it, while the mother did not even say “good job” or “well done.”

“They didn’t realize the pressure of performance that my sister and I went through,” said the Brooklyn, New York native to People. He added that he was in denial until a psychologist made him fully aware of the abuse.

Daniels admitted that he once confronted his parents about this, especially his mom, who stole what is supposed to be a healthy childhood for him, and he remembered his mother looking away from him the whole time. In spite of his past, “The Graduate” star remained respectful to his parents, who are now deceased.

“In retrospect my parents were right,” Daniels stated on looking at the bright side of his not so good past. He believed that he’s fated to be an actor.