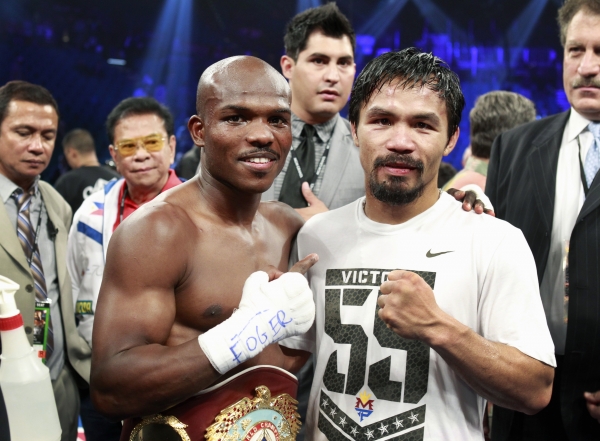 Down to just a couple of names and it still has not been decided on who will face Philippines’ fighting champion, Manny Pacquaio, on what could be his last fight inside the ring.

In recent weeks, rumors about who are the potential fighters that might don the ring with Pacquaio continued swirling. However, Top Rank Promotions still has not yet booked a date with anyone for Pacquio’s April 9 game date. It was originally just a toss between Terrence Crawford and Amir Khan, but Timothy Bradley’s name was thrown in the mix as well.

Unfortunately, Bradley is no longer up to face Pacquiao for a third time as per Franchise Herald citing the boxer’s statement in El Vocero. The California native was quoted in saying, “I’ve faced Pacquiao twice and if I do it a third time it would be a fight of reckoning if anything else. It’s the only way I could describe it. However, Miguel Cotto will be something new. I have never before faced a fighter who’s that big and strong,” ultimately squashing down rumors of him as the probably farewell opponent of the eight-division world champion.

“Cotto has always faced the best. He’s been in there with everyone. So to get a fight with a fighter like him, with so much class and shown such greatness, inside and outside the ring, it would be great. I’ve always said that greatness is measured by the amount of risk you take,” Bradley said further as he opened up on his eagerness to face Miguel Cotto in the ring instead. Both Bradley and Cotto have already faced and were defeated by Pacquaio between 2009 and 2014.

On the other hand, Top Rank’s spokesperson Fred Sternburg announced that they will be delaying the announcement of Pacquaio’s opponent as the boxer has yet to decide on who he will go up against the ring. “I was asked to tell you on Bob’s (Arum) behalf that, unfortunately, Top Rank will not have an announcement on truTV as originally planned as Manny is not ready to make a decision on his opponent yet,” says Sternurg via a report by ESPN.

Wimbledon 2015 schedule: Williams goes head to head vs Watson in...