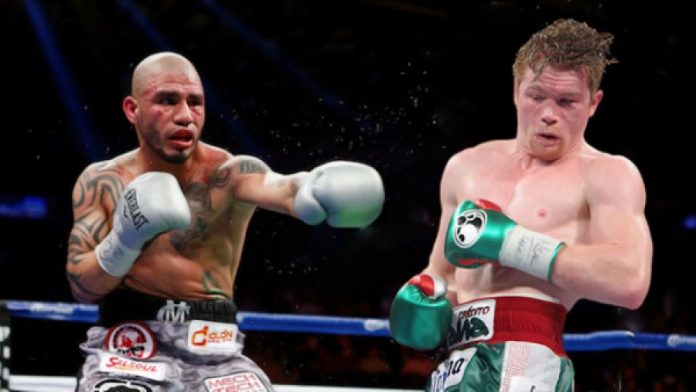 With Miguel Cotto’s recent loss to Saul “Canelo” Alvarez via decision, the Puerto Rican boxing star is allegedly looking to hang the gloves sooner than later.

With a 40-5, 33 KOs score card, Cotto has been one force to reckon with in the boxing world. However, despite what looks a really good career, he has also suffered some major blows through fighting in the ring. Three of the most notable defeats were against top notch boxers, Antonio Margarito in 2008, Manny Pacquiao in 2009, and Floyd Mayweather in 2012, which eventually led him to famous Freddie Roach’s camp.

With renewed ways and new techniques from Roach’s tutelage, Cotto went back to his winning ways, which includes two consecutive matches defeating the likes of Delvin Rodriguez and then middleweight champion Sergio Martinez. He even started redeveloping his signature left hook which was his original final punch. His loss to Canelo Alvarez marked the first setback he has had since being under the training camp of Roach.

Unfortunately, Cotto is not getting any younger, and it may be more logical to bow down while he is still ahead. Before that, however, one final bout may be fitting as a farewell for the former middleweight champion.

Feasible candidates for Cotto’s next and probably final fight have been swirling around the boxing community. For one, Kazhakstani boxer Gennady Golokovin is a good fight in theory. Although this might be against what a usual retiring boxer would pick as his final fight, it would still be fun to see Cotto going up against someone who seems to be just approaching his golden years in the sport. Other say that Irish boxer Daniel Lee would be a good head-to-head with Cotto although its highly doubtable if it will be marketable given Lee’s lesser prominence. Lastly, a rematch with Canelo will also be a good choice. Despite lacking a round per round action in their latest meeting, it is still interesting to see the drama that is clouding around a rematch.