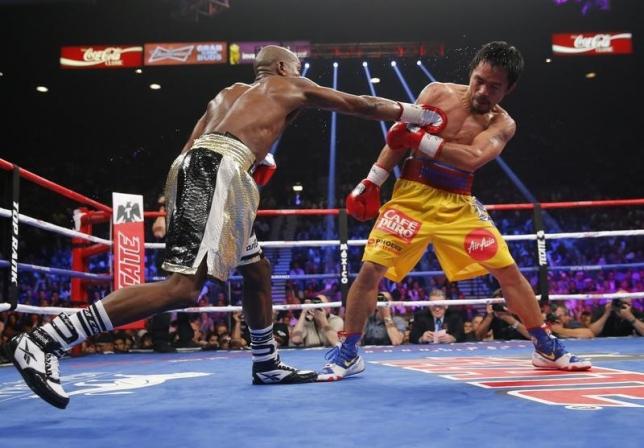 A waiter at a restaurant in West Hollywood is reportedly planning to sue eight-division world champion Manny Pacquiao, his trainer Freddie Roach, and CBS President and CEO Les Moonves.

In a report by Boxingscene, Gabriel Salvador, who works for Craig’s restaurant, is suing the three men since he believes he was the man who made the May 2<sup>nd mega fight between Floyd Mayweather Jr. and Manny Pacquiao happen.

The report adds that Salvador was successful in having Moonves, a regular customer at Craig’s, meet Pacquiao and Roach in a room of another restaurant, Scarpetta, in Beverly Hills, in May 2014 to supposedly discuss the deal. At the time, he said, he told the three that he wanted a “customary finder’s fee” for his role in getting them to meet. This finder’s fee amounts to 2% of the gross earnings of Pacquiao, Roach and Moonves/Showtime from the Mayweather fight. Moonves and Roach allegedly agreed with this.

Salvador, who is also an aspiring actor, admitted to have gotten a ticket to the fight and a night’s accommodation at a Vegas hotel. He also received an additional $10,000 for extra expenses.

He is still looking to earn an estimated $8.6 million as his finder’s fee.

The lawsuit also states that at the initial meeting, Roach had allegedly told Salvador that the latter “will never have to work another day as a waiter in his life.”

“After the fight, he says Moonves told him CBS didn’t make any money on the fight, and he’d have to collect his fee from Pacquiao and Roach. But Salvador says Keith Davidson, an attorney for Manny and Freddie, tried to strong arm him into accepting $50,000 — and if he didn’t he would lose his job and never land any acting gigs,” an excerpt of the report reads.

For their part, Moonves and CBS simply shut down the reports, saying that Salvador had no connection whatsoever in the making of the fight, and added that he was simply trying to “score a payday”.

The negotiations for the making of the highly anticipated mega bout began in 2009, when Pacquiao held the title of boxing’s pound-for-pound king. It took a while for the deal to materialize, mainly due to disagreements between both camps.