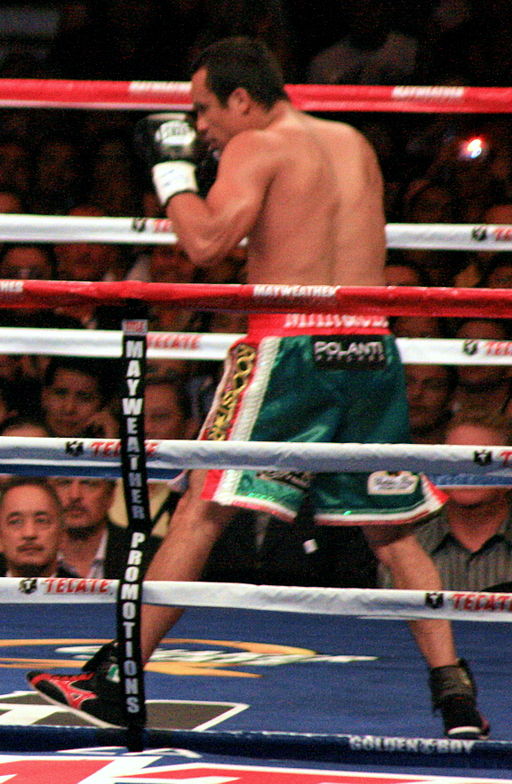 The 42-year-old “El Dinamita” last saw action in May 2014 when he defeated former world champion Mike Alvarado via unanimous decision, bagging the WBO International welterweight title in the process.

Marquez has since been unable to return to action, mainly due to a knee injury he has been dealing with. In 2015, he was even contemplating retirement, after a 23-year career.

His last major victory was against eight-division champion Manny Pacquiao, who he knocked out in the sixth round of their fourth encounter in December 2012.

In a report by Steve Kim for Boxingscene, Arum says he plans to have Marquez face off against newly crowned WBO welterweight champion Jessie Vargas. Vargas won the crown on Saturday night via a ninth round TKO against Sadam Ali.

“Marquez is dying to fight a welterweight championship fight,” Arum said. “Let me make a couple of calls, I’ll give you a little piece.”

“Juan Manuel is in Miami, so he’ll be back in Mexico on Wednesday (March 9<sup>th),” he added.

Alvarez will be defending his title against Khan in a 155-pound catchweight fight on May 7<sup>th at the T-Mobile Arena in Las Vegas.

According to Saunders, the fight should not have been at 155-pounds, especially if a fighter could make the weight.

“I reckon the governing bodies shouldn’t let that happen it’s a load of bulsh**t,” Saunders said in another report by Boxingscene. “I think you should fight at the weight that you’re champion at.”

The winner of the Alvarez-Khan fight will be facing undefeated world champion Gennady Golovkin, the WBC’s mandatory challenger.