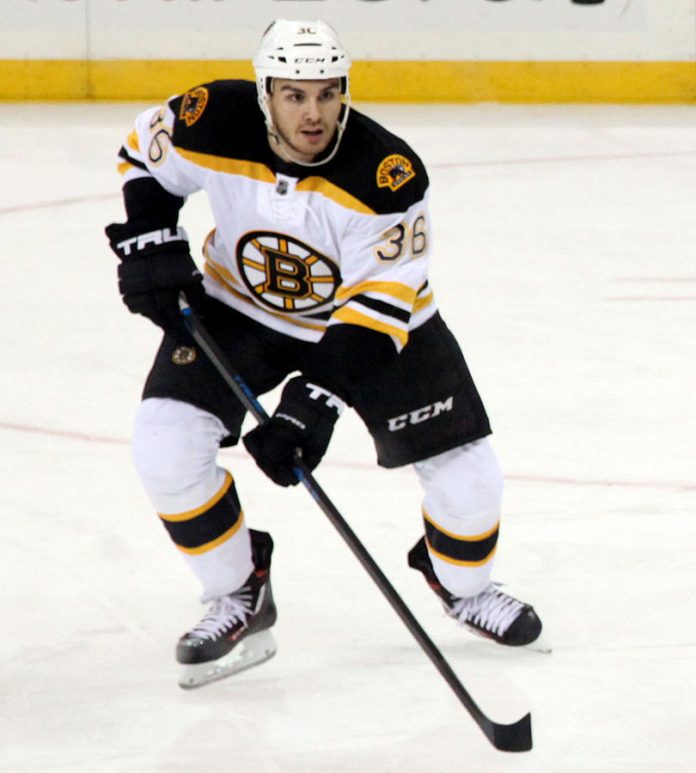 Providence Bruins forward Zac Rinaldo is making a name for himself for the wrong reasons. After getting suspended five games by the NHL and subsequently waived by his team, he followed it up with another suspension at the AHL level, but this time, the punishment had an “indefinite” tag in it after he hit Bridgeport Sound Tigers defenseman Kane Lafranchise in the head, prompting game officials to send him out with a match penalty for intent to injure.

Based on existing league rules, the AHL announces any suspension to a player as “indefinite” until a certain point where they can deliberate and make a ruling. In his case, the ruling was made on Monday and the AHL gave him a five-game suspension. He has now missed two games because of this.

While a previously handed suspension in the NHL does not carry some weight in deliberating his suspension in the AHL, Rinaldo’s reputation may have eventually come into play. Aside from these latest ones, he also served an earlier suspension from the AHL back in 2011. Furthermore, the five-game suspension that awaits him in the big league can only be served once he is called back for action by Boston.

The Canadian left winger was traded to the Bruins last summer from the Philadelphia Flyers in exchange for a 2017 third round pick. He still has a year left in his contract with Boston that will pay him $850,000, according to The Hockey Writers.

The NHL suspension was Rinaldo’s third in a career that started when the Flyers drafted him in the sixth round of the 2008 NHL Entry Draft. But thanks to some kind of loophole in the rules of hockey, players who have been suspended in the NHL like Rinaldo are still eligible to play in the AHL. However, the case of the 25-year-old is pretty unique because he now owns two existing and un-served suspensions in both leagues.

'Pirates of the Caribbean 5' news, spoilers: CGI technology to...