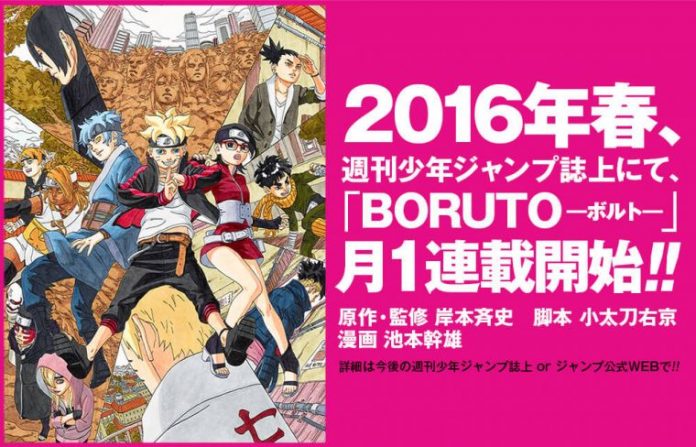 Fans may be delighted to find out that they can have more of Naruto and other beloved characters in the widely popular manga franchise as the released film “Boruto: Naruto the Movie” will have a manga adaptation featuring the next generation family members of the Seventh Hokage.

According to Crossmap, although original creator Masashi Kishimoto will be moving on to new ventures, the manga series still lives on with his assistant artist who worked closely with him, Mikio Ikemoto headlining the project. The announcement came after the countdown for “Next Generation” has concluded.

The report added that Kishimoto who has written the one volume manga “Naruto: The Seventh Hokage and Scarlet Spring” will still be part of the series but only as a supervisor.

Ikemoto will be working alongside Uky? Kodachi as the writer of the upcoming new narrative. Kodachi has previously penned some storylines for the novel titled “Naruto – Gaara Hiden: Sajingens?” and the movie to screenplay coordination of the successful theatrical run of “Boruto: Naruto the Movie.”

The manga will simply be titled “Boruto” and will be published starting spring next year in the magazine “Weekly Shonen Jump.” A new installment will arrive every month.

The “Naruto” manga ended its long run of 15 years last November. Aside from the “Boruto” film, Kishimoto is the one behind “The Last: Naruto the Movie” which has also been a box office hit.

During the preview of the former, voice actress Yuko Sanpei reportedly told Kishimoto that she wanted to see more films, to which he replied with, “I can’t. Please let me rest now. During this time, I finally went on my honeymoon.”