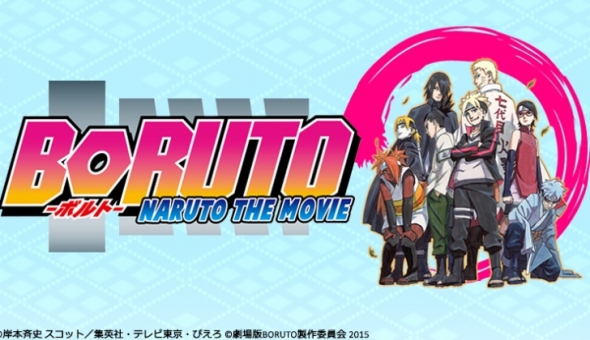 Speculations suggest that Boruto may be forcefully dropped from the currently ongoing Chunin Exams in the upcoming chapter 5 of hit manga series “Boruto: Naruto Next Generations.”

It can be recalled that back in the previous installment, Boruto and Shikadai had a face-off during phase 3 of the examination. Shikadai used his Shadow Possession Jutsu in attempt to take on Boruto but the latter dodged the attack and countered it with Hyuga Gentle Fist style and shadow clones. However, Shikadai caught him in his jutsu.

He then told Boruto to forfeit but the latter refused and tried to get away from his grab. However, when he moved his ears the scrolls for his Kote device popped open. Naruto noticed it quickly from the stands as shadow clones suddenly began to appear around Shikadai.

Boruto was announced the winner when Shikadai gave up. Sasuke was then informed by Konoha decoders of their findings and he shared the information to Naruto. In the battlefield, Naruto jumped down and met his son who tried to give him a celebratory fist bump. However, the 7th Hokage took his wrist and exposed the device.

Naruto banned the gadget from use before as he wanted to preserve the development of the Shinobi arts. The Kote reportedly allows ninjas to use any jutsu even without proper training.

As he becomes disappointed with his son for cheating his way to the final rounds, Naruto is deemed to have forbidden Boruto from moving forward. It is predicted that will personally announce Boruto’s disqualification as he cannot fathom letting him hold the title of Chunin by using forbidden techniques.

Although it may be difficult for Boruto, it is expected that it will teach him a great lesson on how to keep his integrity intact. Naruto is also assumed to talk to the Konoha scientists who are behind the creation of the modern version scrolls. Presumably, he will try to destroy it for good.

Since there is no official preview yet for chapter 5 of “Boruto: Naruto Next Generations,” available information should be taken with a grain of salt.