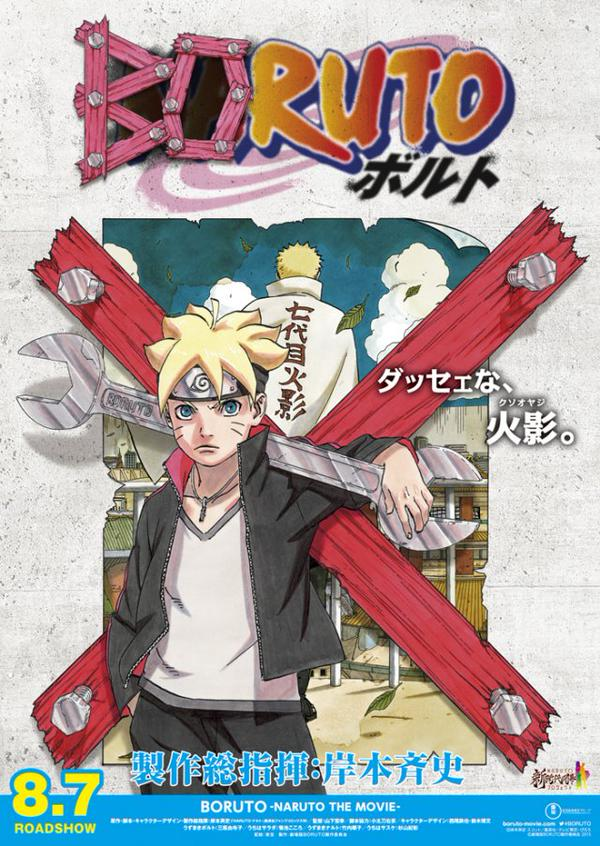 With the movie, ‘Boruto-Naruto’ confirmed to be released on Aug. 7, the character designs and the plot details of the movie have been released in the newest issue of Shueisha’s Weekly Shonen Jump.

Also, according to the website, since the movie will release on Aug. 7 in Japanese theaters, the tickets will go for sale on June 27. All those planning to go for the movie will get a special gift designed by Masashi Kishimoto.

The plot summary of the movie, according to a report on Blastr, is as follows:

“Boruto is the son of the 7th Hokage Naruto who completely rejects his father. B ehind this, he has feelings of wanting to surpass Naruto, who is respected as a hero. He ends up meeting his father’s friend Sasuke, and requests to become… his apprentice!? The curtain rises on the story of the new generation written by Masashi Kishimoto!”

The characters of Boruto and Sarada, both appear in the manga series, towards the end. Also, the character from ‘Naruto: The Seventh Hokage’ mini series and its sequel, ‘The Scarlet Spring,’ Mitsuki is also set to return in the movie.

The movie is directed by Hiroyuki Yamashita and the Ukyo Kodachi is working with Kishimoto on the script of the movie.