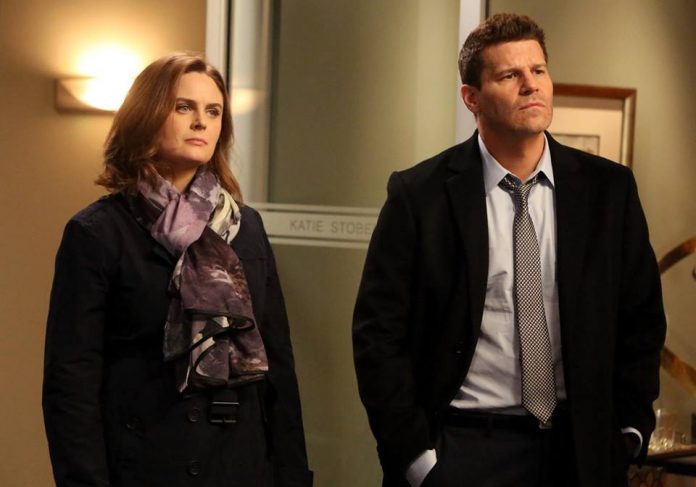 “Bones” is gearing up for its last season on FOX. While fans have to wait until 2017 for fresh episodes of the hit series, some spoilers about what awaits Brennan (Emily Deschanel), Booth (David Boreanaz) and the rest of the gang have started circulating online.

In the season 11 finale, Brennan was tormented by nightmares and she sought out the help of a psychologist (played by Tim Guinee), whom Booth suspected was The Puppeteer. In the final moments of the episode, Brennan was kidnapped, and it was revealed that Zach (Eric Millegan) escaped the psych ward and kidnapped his former boss.

When the show returns, Brennan will still have to face some issues as co-showrunner Jonathan Collier hinted that she might continue with therapy next season, even though her last session ended with her psychologist getting arrested.

“Nothing is off the table, because some very, very, very serious, meaningful, hard-hitting things are going to happen to Brennan,” said Collier.

Collier previously spoke with TVLine, saying that it might be revealed whether Zach is The Puppeteer when the show returns next year.

“I can’t confirm anything,” said the showrunner. “There will be more of Zach in Season 12.”

Meanwhile, Millegan is hoping that his character is not a murderer, and while speaking to TVLine, the actor revealed that he will be appearing in the season 12 premiere, which is directed by Deschanel. This appears to confirm that when fans see the “Bones” gang, the series will pick up where it left off, with Brennan still being held captive by Zach.

The final season will bring the storylines of Brennan, Booth and the Jeffersonian-FBI team to a close, allowing fans to say goodbye to these characters. Over the course of the final 12-episode run of the series, viewers will experience deaths, a wedding, epic serial killer storylines, and an undercover episode.

'Dishonored 2' release date, news: Game to be out on November...