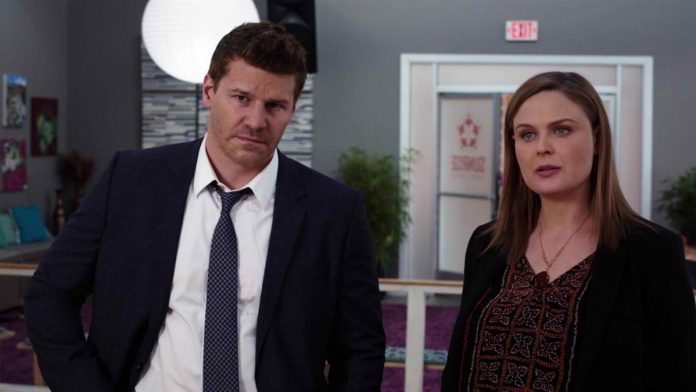 With the finale remaining before season 10 officially wraps up, showrunner Stephen Nathan of Fox’s procedural show, “Bones” discusses the importance of some plotlines.

In an interview with TV Line, Nathan said that the marital conflict between leads Dr. Temperance “Bones” Brennan and Seeley Booth is necessary for the transition to the next season, “It’s incumbent upon us to shake it up. We started to do that at the end of Season 10, and it’ll continue into Season 11,” explaining that he does not want the show to be predictable as the fans might get bored.

He further addressed the show followers who might be upset over the struggles when it comes to the marriage of Brennan and Booth, “I’d say I would be very disappointed if people were not upset. People usually surprise us, and they do things often that we think they’re better than… And that goes for Brennan, too. Her reaction was very severe. But that’s what happens,” the report shared.

He also teased that in order for their relationship to work again, Brennan might be looking for concrete evidence that Booth has change and will not make the same mistakes again.

Meanwhile, Nathan shared with The Hollywood Reporter that characters Angela Montenegro and Dr. Jack Hodgins will finally go to Paris. When asked if the Jeffersonian team can exist without them, Nathan suggested that with the changes happening, the team has long existed before the two came, and it might still exist after them.

In another news, Emily Deschanel who plays Brennan has given birth to a baby boy recently, People reports. Her pregnancy was incorporated in the story for season 10.