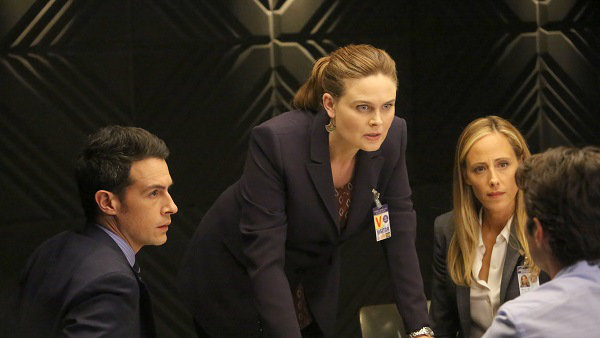 The 11<sup>th season of “Bones” premiered on October 1, and fans saw not only drama but the death of a character as well.

Since the end of the tenth season, Booth and Brennan have been living quiet lives. Brennan is writing books, while Booth is working as an FBI instructor. During the premiere, Booth leaves his family and goes missing for days. Coincidentally, a body was found by the Jeffersonian, and all evidence points to Booth. Fortunately, Brennan insists on examining the body because it is actually Jared Booth’s brother.

The whereabouts of Booth remain unknown. Locating him might prove to be difficult as the synopsis for the second episode reads, “Another layer is added to the mystery of Booth’s whereabouts and the state of his physical condition when the team learns that FBI Agent Miller (guest star Kim Raver) has not been entirely truthful with the FBI and the Jeffersonian, keeping vital information from them that could lead them to Booth. Meanwhile, the Jeffersonian gets a surprise visitor, FBI digital forensic scientist Dr. Benjamin Metzger (guest star Josh Casaubon), who works with Angela to try to decode the information the team has been able to uncover regarding Booth’s location and the circumstances surrounding his disappearance. Also, Arastoo makes a major decision that affects his and Cam’s personal and professional relationship.”

In an interview with The Hollywood Reporter, showrunner Michael Peterson discussed his plans for the newest season of Fox’s procedural. He revealed that Angela and Hodgin’s relationship will shift by the tenth episode, and Brennan and Booth will experience the same by the second half season 11.

Peterson added that there will be “major, major” developments despite the show staying true to the characters.

Regarding the upcoming crossover of “Sleepy Hollow” and “Bones,” Peterson explained that the team will discover two bodies one who died recently and another that died during the Revolutionary period. The latter could point to the remains of Ichabod Crane’s worst enemy.

The showrunner also said that the crossover will be better than everyone’s expectations. “Both shows are similar in that at their heart is a pair of mismatched partners. So we wanted to see what would happen when we separated these couples and partnered them with their counterparts from the other show.”

'Wolverine 3' news: production has started for the R-rated move