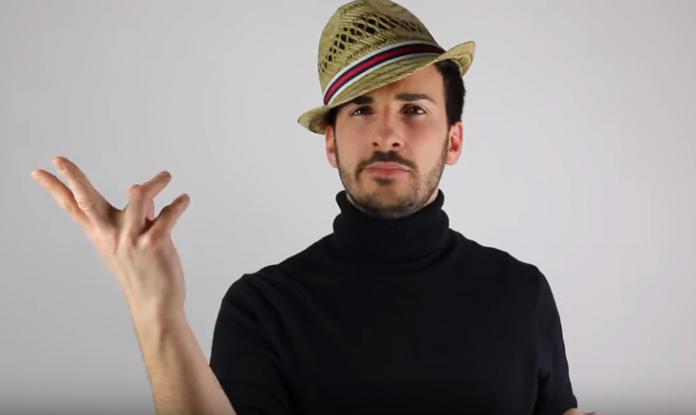 Italians are known to have a wide range of hand gestures to convey their messages. Naturally, humans use their hands as they speak. While some people find those with elaborate hand movements weird or distracting, psychologists explain how these non-verbal cues are essential to communication.

Huffington Post reported that a study on TED Talks speakers revealed that the more popular and viral speakers use an average of 465 hand gestures when they talk. Conversely, those who were less popular only use about half as many.

In the same Huffington Post report, according to Dr. Carol Kinsey Goman, a body language expert and author of “The Nonverbal Advantage: Secrets and Science of Body Language at Work” and “The Silent Language of Leaders,” using hands when communicating is helpful for both the speaker and receiver.

For speakers, hand gestures help them think and say the right words.

“Gesture is really linked to speech, and gesturing while you talk can really power up your thinking,” Kinsey Goman explained. “Gesturing can help people form clearer thoughts, speak in tighter sentences and use more declarative language.”

“On the receiving end, a lot of this is processed subconsciously,” she continued. “You may not be aware of the connections, but you instinctively feel that when someone is more passionate, their gestures automatically become more animated and they look more enthusiastic. You’re processing that their gestures are bigger, so they must be really into this topic.”

According to Kinsey Goman’s research, those who communicate with animated hand gestures are perceived as warm, energetic and agreeable, while those who tend to keep their hands down are seen as cold, logical and analytical.

While some gestures are used to get a point across, some unconscious gestures reveal the emotions behind the speaker. The body language expert listed the types of illustrative hand gestures done by speakers and the messages behind them here.