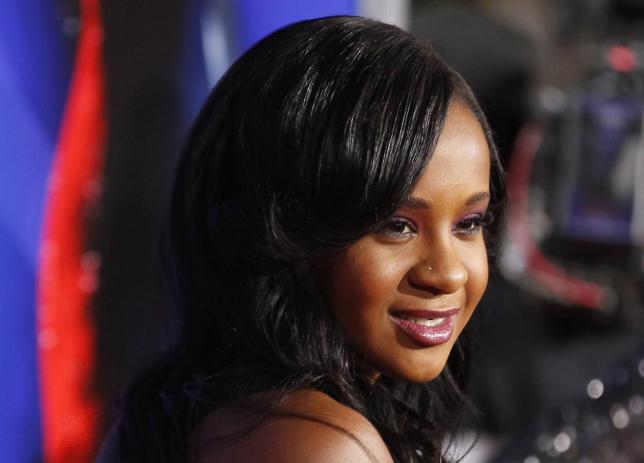 Months after she was found unconscious in her home bathtub, her father Bobby Brown and aunt Pat Houston have reportedly made the decision to remove Bobbi Kristina Brown from life support after giving up hope that she will recover.

Bobbi Kristina was found unresponsive in her bathtub in January this year in a scene eerily similar to how her mother Whitney Houston was found dead several years back.

After months of excellent medical care and prayers, the family has reportedly come to peace with the fact that the 22-year-old Bobbi Kristina may not recover like they hoped she would.

According to sources interviewed by MediaTakeOut, family members are being summoned to Bobbi Kristina’s bedside.

However, the Brown family has yet to issue an official statement on the matter.

After being found unconscious and facedown in her bathtub, Bobbi Kristina was hospitalized and placed under a medically induced coma. However, attempts to lift the coma have apparently resulted in violent seizures.

As the months progressed, family members reported conflicting statements with Bobby Brown at one point claiming that his daughter was awake and looking at him, and grandmother Cissy Brown saying that her granddaughter was suffering from irreversible brain damage and remains unresponsive.

Meanwhile, Bobbi Kristina’s cousin Jerod Brown is mobilizing social media users to use the #GetReadyBK to rally behind his cousin, reported IBTimes.

This is in addition to the #PrayforBK that has been circulating since her hospitalization.

Jarod said that the hashtag represented his cousin’s last words to him and is meant to inspire people with its positive message.

“Last thing she told me was ‘Get Ready Cousin’! Get ready for a beautiful future we was working toward. Something in my spirit is confirming my lil cousin is in position for a blessing. To everyone who is in need of change, know this is your moment! Its not over Bobbi Kris, its almost time to share your testimony! #GetReadyBK,” he said on his Facebook account.