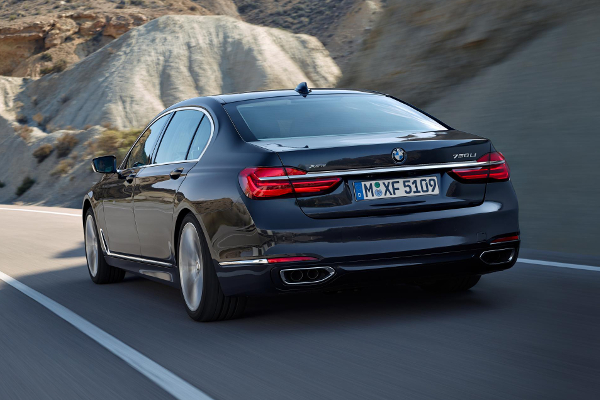 BMW enthusiasts have two new models with ultra-modern features to look forward to this fall.

According to Consumer Reports, the BMW 740i and 750i will roll out in September with a plug-in hybrid to follow afterwards.

Motor Authority said the new sedans will be making a debut at the 2015 Frankfurt Auto Show.

The Consumer Reports described the 740i as a rear drive sedan with an engine capable of outputting a horsepower of 320 hp. Its engine will be a twin-turbo inline six variant. On the other hand, the 750i xDrive carries a twin-turbo V8 engine that outputs an incredible 445 horsepower.

The hybrid, dubbed the 740e, can run on both electric and traditional fuel power. The 740e can run a maximum of 23 miles on electric power before the driver has to switch to the 2.0-liter four-cylinder engine under the hood.

One of the striking new features of the 2016 models of BMW’s 7 series sedans is the new Gesture Control that comes with the new iDrive 5.0 touch display in the dashboard.

According to Insider Car News, Gesture Control will allow drivers to access specific features by simply making one of a pre-determined group of hand gestures at the iDrive 5.0. Aside from the pre-programmed gestures, the driver can also customize his own gestures to make the process more convenient.

Insider Car News noted that this feature is the first of its kind for BMW.

Sunshine Coast Daily also reported that the 2016 7-series sedans will have a “suite of safety features,” including a Surround View with 3D capabilities as well as a remote control parking system.

The publication also referred to a “Vitality Program.” According to BMW, this feature will allow passengers in the rear compartment to “engage in active physical exercise for recuperation purposes.”

Daraprim updates: Drug list price to be cut in half for...