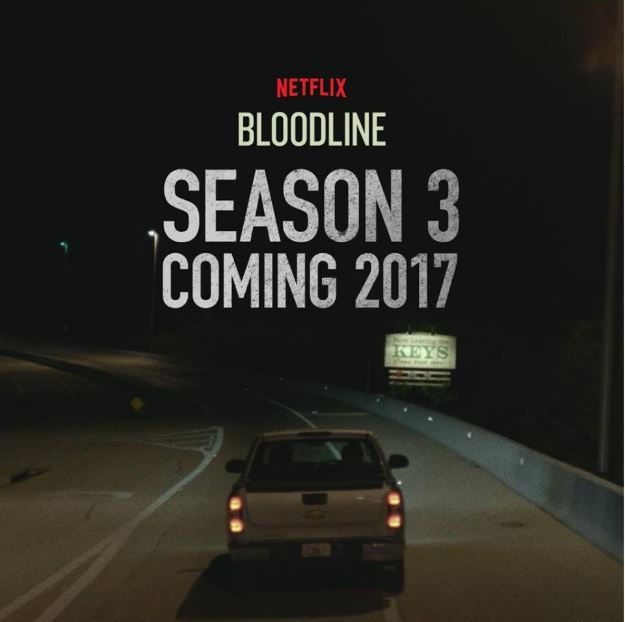 The second season of “Bloodline” ended with multiple cliffhangers as John Rayburn (Kyle Chandler) drove away from Florida Keys with only the ghost of his brother, Danny (Ben Mendelsohn) to accompany him. Meanwhile, the youngest Rayburn brother, Kevin (Norbert Leo Butz) confessed about Danny’s murder to John’s detective partner Marco (Enrique Murciano), but later, Kevin attacked Marco by bludgeoning him with a statuette.

Last week, it was confirmed by The Hollywood Reporter that Netflix has renewed “Bloodline” for a third season and will be back with 10 new episodes next year. Ahead of the announcement, the website reported that it appeared that a renewal was highly uncertain as Florida’s tax incentives program expired this year. The show, along with HBO’s “Ballers” have gotten the last of the funds, which allowed both shows to get through their second seasons. While the show will have a third season, it is unclear whether the new season of “Bloodline” will still be filmed in the Sunshine State.

Recently, co-creator Glenn Kessler said that there’s a lot to explore with the Rayburn family.

“We have a lot of story to tell and there’s a lot more we’re going to learn about these people,” said Kessler to THR.

As for Mendelsohn’s role in the show, Kessler said that he and the “Bloodline” crew love working with the actor and that they would love to “keep him as a focal point in some way.” Mendelsohn’s Danny was killed by John in the season 1 finale, but the actor still had a presence in season 2 in the way of flashbacks and apparitions.

Kessler said that John’s actions in the season 2 finale was spurred by Danny’s advice to him while they were still in their teens.

“The actions he takes kind of follow through on what teenage Danny said to him: ‘Get out and save yourself,'” Kessler explained. “Absolutely a third season will pick up on that idea and what John does with that [and how it affects the family] now that he’s taken the action that he’s never been able to take in his life: Slough off his responsibilities to the family and look out for himself.”