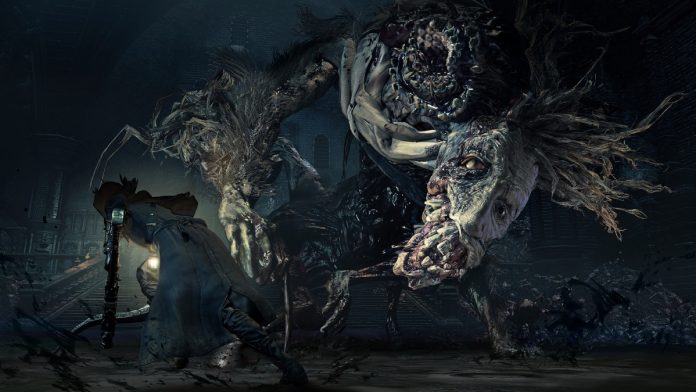 It’s happeningthe massive hit Bloodborne will be having its first and last expansion pack, further expanding gameplay time, all the while expanding the world of the game.

In an interview with GameSpot, series producer Masaaki Yamagiwa talked about the upcoming expansion pack, The Old Hunters, what to expect, and what new stuff the DLC will be bringing to the game.

“The focus of the game is as an overall expansion,” Yamagiwa said, talking about the story of the DLC pack. “We want to expand the strategies players can use in battle–more weapons, more items, that sort of thing. That was our focus with the DLC. That said, the setting for the new DLC is a nightmare where the Old Hunters have been trapped. Among the Old Hunters are people mentioned in the main story; Ludwig is a character who’s mentioned in the main story. He is one of the Hunters trapped in this world. In that sense, it is an expansion of the story and you will learn more of the lore and mythos of Yharnam in the process.”

Additionally, the new expansion will be introducing new weaponswhich, as Yamagiwa had revealed, would be at least 10 to 15 new weaponsand the people behind the game had listened to what fans wanted.

“We did hear a lot of people saying that they wanted more weapons,” he went on. “So, we definitely wanted to add more weapons for the DLC. People also wanted more ranged weapons. There were a lot of weapons where it was just a cutting, regular slash action. For the DLC, we added things like the bow to allow for more ranged attacks.”

As for the difficulty level, Yamagiwa promised that it will just be as hard as the original game. “It’s intended to have a difficulty similar to the latter portion of the game because the DLC is for people who have progressed to a certain point in the game and are then able to access the DLC. Those people should be able to handle the difficulty.”

The Old Hunters will be available for download starting November 24 for $19.99. Clearing the main game would not be required, but reaching a certain point in the game will be needed to unlock the DLC pack.

Alcatel OneTouch releasing Windows 10 phone before end of the year,...