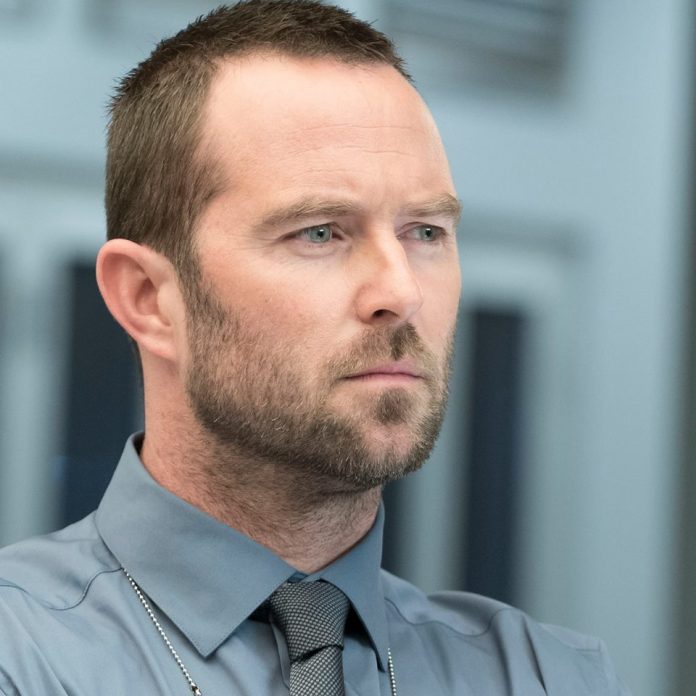 The team is taking on an assassination attempt in the brand-new installment of NBC’s thriller series “Blindspot” season 2.

Titled “Condone Untidiest Thefts,” episode 5 will feature an Irish mob wreaking havoc in American soil. After a prominent politician is almost killed during a rally, Weller (Sullivan Stapleton) and the rest will have to work with U.S. Marshal Allie Knight (Trieste Kelly Dunn) to take down the leader.

Some suggest the narrative will be an emotional one with the potential death of Allie. It can be recalled that she found out that she is expecting to Weller’s delight. Jane (Jaimie Alexander) also congratulated him as she believes he will make an amazing father. However, things can turn to an unexpected direction.

The promotional sneak peek reveals that another tattoo has been decoded. Some of the numbers surrounding a skull image correspond to the most powerful crime family in the tristate area, the aforementioned Irish mob.

During a showdown with the antagonists, Allie can be seen receiving a possible fatal shot. The narrator ominously warns, “Taking down this crime family, could be the end of his own.” Jane then encourages her to stay awake and Weller shouts in panic. However, it remains to be seen if she will be able to survive. The clip ends with Jane crying while looking at something on the ground.

Down the line, episode 6 dubbed “Her Spy’s Mind,” will have Weller and Nas (Archie Panjabi) hunt a fugitive whistleblower in Bulgaria. Meanwhile, Jane goes on a Sandstorm mission with Roman (Luke Mitchell) as Reade (Rob Brown) and Zapata (Audrey Esparza) deal with another urgent matter.

Season 2 episode 5 is slated to air on Wednesday, Oct. 12 at 8 p.m. ET. The series will then have a week-long hiatus with episode 6 hitting the small screen on Oct. 26 at the same time.