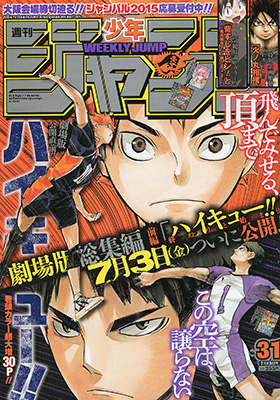 The Weekly Shonen Jump will be released on July 2 and fans are already eagerly awaiting Episode 633 of the popular manga Bleach.

According to VCPost, the installment may focus on the young Haschwalth.

The report speculated that fans are expecting a revelation about the connection between the Haschwalth and Yhwach, and what their impact would be on the Shinigamis and the fully organized Soul Society.

Last week, it was revealed that the Haschwalth is the other half of the Yhwach when the latter selected the former as his right hand man, armed with that knowledge.

According to the Mangafruit Blog, a mini arc is expected to begin with Episode 633. The blog predicted that because of the developments in the last chapter, readers may now get to know more about the Quincy as a race.

It further speculated that Bazz and Haschwalth will be front and center in the following installments as the story explores more about their background and origins until they reached this point in the story.

The post also said that the friendship of Jugo and Haschwalth may also be further be developed after their relationship was explored in the past episodes.

Meanwhile, Android Manga, posting a panel from the episode, pointed at a striking similarity in the features of Haschwalth with Tensa Zangetsu.

The post further analyzed the connection of Yhwach with the SS prior to its organization and its parallels on what he is now doing to the Quincy.

Details on spoiler forums remain scarce and are expected closer to the release date of the manga on Thursday.

'Orange Is The New Black' Season 4: cameo appearance coming from...