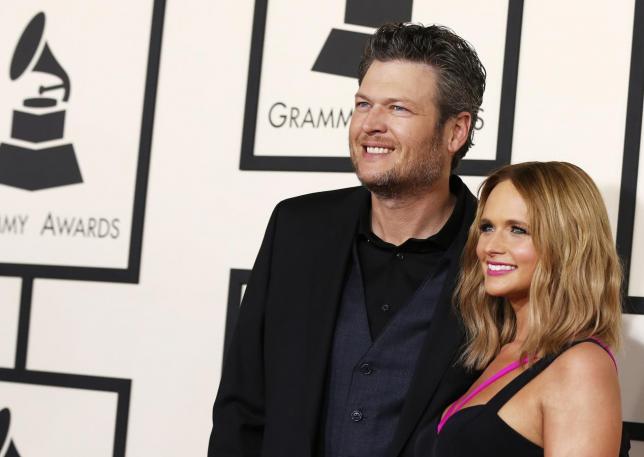 How can you mend a broken heart? Country musician Miranda Lambert decided to be intoxicated and create a song about it.

The 33-year-old Lambert is currently on her Highway Vagabond Tour to promote her new album, “The Weight of These Wings.” The Grammy award-winning singer stopped at Evansville, Indiana for a performance night. However, before performing her new song “Ugly Lights,” Lambert told her fans that she wrote the song for a reason.

“I got divorced last year, so I started drinking a little extra,” she started and raised her glass and took a sip. “S**t happens, you know?” she added.

“Anyway, I moved to Nashville and I started spending too much time at the Midtown bars, and I realized that I was taking an Uber for the third day in a row to pick up my Jeep — I drive a Jeep Grand Cherokee. I smelled like smoke and I was wearing clothes from yesterday and I was like, ‘This is three days in a row. This is probably a problem,” Lambert explained. “So I decided to write about it and share it to all of you,” she said.

The “Kerosene” singer was married to “The Voice” judge and fellow country singer Blake Shelton. After four years of marriage, the couple got divorced in July 2016. Lambert is currently dating R&B singer Anderson East. She might not so lucky in love, but the country superstar is nominated for two Grammy awards this February, which includes Best Country Song and Best Country Solo Performance.

Meanwhile, Shelton has found his new love with Gwen Stefani, his co-judge and the vocalist of the defunct “No Doubt” band. The talented couple will be returning for the upcoming 12th season of the “The Voice” on Feb. 27 on NBC. The duo will be joining famous musicians Alicia Keys and Adam Levine.