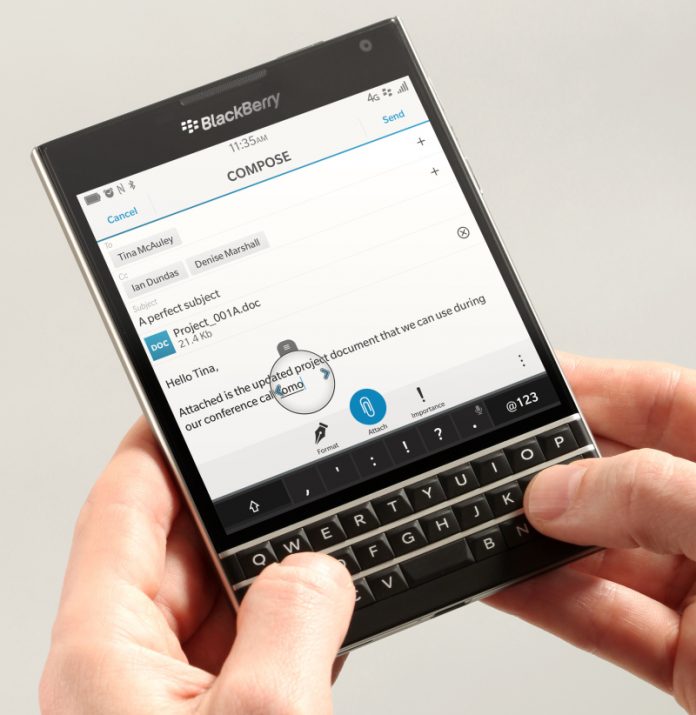 Perhaps, the most notable difference of the Oslo from the Passport is that the Oslo has perfectly smooth round edges, contrary to the Passport which has square edges.

In terms of specifications, the Oslo does not differ much from the Passport when it comes to software and hardware. Much like its predecessor, the upcoming BlackBerry Oslo will run with a 2.2GHz quad-core Snapdragon 801 processor, and an Adreno 330 GPU. The phone will also have a 3GB RAM, with 32GB of built-in internal storage. An external microSD card expansion will also be supported, which expands the phone storage up to 128GB. It will have a 13 megapixel rear camera, with 1080p HD recording capability at 60 fps. The phone will also have a 2 megapixel front camera. The device will run on BlackBerry OS 10.3.2 and will be powered by a 3450mAh non-removable battery, with an estimated 3G talk time of 23 hours.

The Oslo will reportedly, be available only for EMEA and Asia-Pacific countries.

The BlackBerry Oslo is rumored to have a release date of June 30.