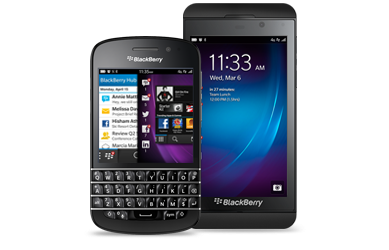 Canadian mobile maker Blackberry may manufacture the first ever bacteria-free smartphone for people working in the healthcare industry.

Although the idea is still being considered if it should be put into fruition, “Health-care workers have to be worried about one less thing to wipe down,” Chen said during the unveiling of a clinical alerts pilot project at MacKenzie Richmond Hill Hospital two weeks ago.

Mashable reports that based on a study by the “Journal of Applied Microbiology,” 20 to 30 percent of bacteria are being transferred between fingers and mobile phones. Hospital personnel should supposedly wipe their phones before and after entering a patient’s room to prevent spreading bacteria but many may have not done so, the report added.

Moreover, Doctor Aviv Gladman of chief medical information officer at Mackenzie Health said that transfer of infections and bacteria in the hospital is a “huge issue.” He added that medical devices and phones carry bacteria around the hospital, with hospital-acquired infection as one of the top causes of patient’s death.

Global News shares that although employees are instructed to wipe their phones with alcohol before going to a patient’s room, it is unclear how effective alcohol is in removing bacteria on the screen.

The report also mentioned that among many studies about germs found on phones, some concluded that it may have more bacteria than a toilet seat, with diarrhea-causing bacteria among the most commonly found.

When it comes to the second phase of the clinical alerts project called “Innovation Unit,” Blackberry is partnering with ThoughtWire and Cisco Systems Incorporated to provide software and devices in order to help professionals.

The software aims to offer portable messaging and alert system that include clinical notification for doctors and nurses to have a more detailed information about the patient, Business News Network reports.