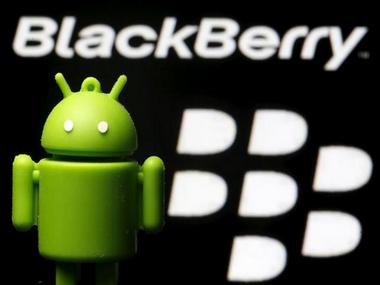 A photo of the rumored BlackBerry phone running on Android has been leaked to the media.

Tech Radar said that a low-resolution image of a device, reportedly of the BlackBerry phone dubbed as the “BlackBerry Venice,” was posted to Twitter by user CrackBerry.com.

The photo shows a purely black BlackBerry phone that features curved edges that is reminiscent of the latest offering from Samsung, the S6 Edge.

However, there is an obvious distinction, because the Venice offers not only a touchscreen keyboard but a physical keyboard that slides in and out of the device casing, which is a trademark long associated with BlackBerry.

The image, however, does not come with any confirmation of the expected specifications of what would be BlackBerry’s first smartphone that is not powered by its proprietary operating system.

On the other hand, the Tech Radar reported, rumors indicate that the upcoming BlackBerry Android phone will have a 5.4-inch QHD screen. In addition, it will be powered by an unspecified Snapdragon processor with a speed of 1.8 GHz.

Other features, the Irish Examiner said, include 3GB of RAM to support its processor and an 18-megapixel camera.

BlackBerry and the Android operating system have linked in various rumors ever since Reuters reported on BlackBerry’s supposed intention to launch an Android-powered phone.

This report came after BlackBerry debuted the Venice at YMC in July.

BlackBerry later clarified in an entry in its official blog that the Google deal was to “set new standards in enterprise mobile security for organizations deploying Android devices.”

A report by the First Post said that John Chen refused to comment on the Reuters report, although DigiTimes revealed that BlackBerry is reportedly planning to release multiple Android handsets by the second half of 2015.