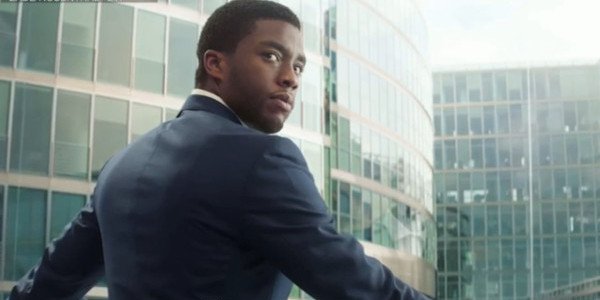 When Chadwick Boseman fully dives into his new role as the Black Panther in his titular movie scheduled to come out in two years, the actor will no longer need any introduction. His portrayal of the African superhero has been one of the many shining corners in the recent juggernaut “Captain America: Civil War” and if there is any take away from his character, it is the potential that his standalone movie currently has.

The story of the Black Panther is a unique kind in the ever-expanding Marvel Cinematic Universe (MCU) but it looks like things will only get better as the casting sheet has begun to be filled out now that production nears commencement. The Hollywood Reporter tipped that “Creed” actor, Michael B. Jordan is inking a deal to join Boseman in the flick. The project will mark the third time that Jordan will be working with director Ryan Coogler who will be helming the movie as well as penning its script with Joe Robert Cole.

Nothing is yet clear as to who will Jordan bring into life, but rumor has it that there is a chance that it will be the main antagonist of the movie. Then again, there is also Andy Serkis’s Ulysses Klaue introduced in “Avengers: Age of Ultron” who might also be the big baddie of “Black Panther.”

Things get more interesting as aside from Jordan, Lupita Nyong’o is also said to be in talks about getting on board. The Academy Award-winning actress is currently busy filming “Star Wars: Episode VIII,” and it is interesting how her schedule will fit two gigantic movies if she signs on.

The growing cast is a mirror to Marvel Studios President Kevin Feige’s statement revealing that a huge portion of the ensemble will stay true to their origins in the “Black Panther” comic books.

“That will be amongst the best ensembles we’ve ever had and 90 percent of the cast is either African or African-American,” Feige said during his stint at The Empire Film Podcast.

“It’s a step that Marvel took many years ago in the comics, as well. It felt like it’s more than time to do that in the movies,” he added.

Coincidentally, one of the upcoming Marvel properties in “Doctor Strange” has met accusation of whitewashing when Tilda Swinton was cast as The Ancient One.