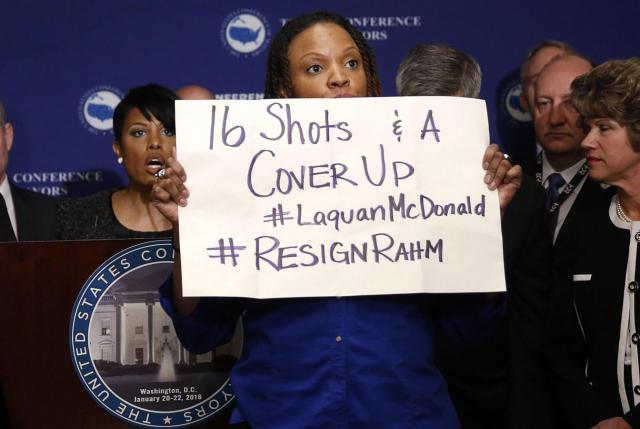 Chris Marquez, the Marine attacked by three teenagers outside a McDonald’s branch in Washington, D.C. for no apparent reason, said that he has already forgiven his assailants.

“I do forgive them for what they did, believe me, when I was a teen I wasn’t perfect myself. The Marine Corps straightened me out,” the forgiving victim said during his interview with Inside Edition.

While the Marine soldier has decided to grant forgiveness to his attackers, he cannot change the fact that the incident caused him serious injuries, much more than at any time during his eight-year stint with the Marines.

According to Marquez, prior to assaulting him, his attackers repeatedly asked him what his opinion was on Black Lives Matter, an international organization that aims to stop violence against black people.

The violent incident was captured on video via a CCTV camera. The footage revealed that last Feb. 12, as the Marine veteran was leaving the fast-food chain, the unsuspecting Marquez was attacked by the three suspects from behind.

Marquez recalled that he fell on the ground and lost his consciousness when the attackers hit the back of his head.

The culprits grabbed this opportunity to commit another crime as they robbed the unconscious man.

The hospital treated his head injury. However, Marquez said that portions of his memory have evaded him. He couldn’t even recall which branch of McDonald’s it was where the violence against him was committed.

“My memory is really messed up, my short term memory. The V.A. diagnosed me with amnesia because I can’t remember anything, really,” he said in the interview.

Two 17-year-olds suspected of carrying out the assault on Marquez have already been arrested by the Washington, D.C police. The remaining suspect is still being hunted down by the authorities.

Meanwhile, according to New York Daily News, it was alleged that the Marine used the “N” word in reference to his attackers before the violence transpired. Marquez has denied the allegations and insisted he was attacked because of the color of his skin.