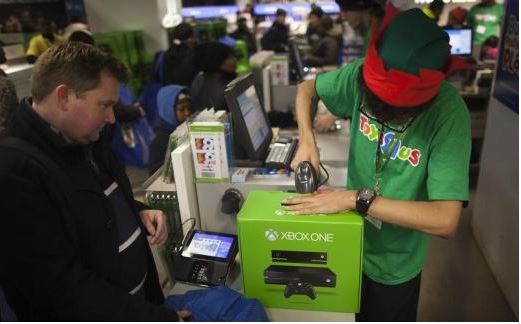 Black Friday comes only once a year, and bargain hunters all over the country are now preparing their wallets and credit cards for the Nov. 25 shopping extravaganza in hopes of obtaining great deals on electronics, tech items, toys, apparel, and more. Among the retailers and brands who have released their 2016 Black Friday ads are HP and Dick’s Sporting Goods, while Toys “R” Us revealed their plans for the season.

According to reports, the toy chain will stay closed for most of Thanksgiving, but will open its doors at 5 p.m. local time on Thursday, Nov. 24 and will stay open for 30 hours straight. The Toys “R” Us Black Friday ad has yet to be released, but the company has sent out its 2016 Hot Toys List and 2016 Toybook. Based on last year’s ad, the toy chain gave massive discounts on electronic toys, gadgets, Fisher Price toys, Barbie, and Xbox bundles, and it is expected that consumers will see the same deals this year.

Meanwhile, here are the deals that buyers can get from HP and Dick’s Sporting Goods on Black Friday.

10 percent off on athletic shoes
Choose from top brands Adidas, Nike and Under Armour.

Winter apparel (from $69 to $99)
Stay warm throughout the winter season with North Face’s Aconcagua Vests and Bombay Jackets for as low as $99. Columbia-branded jackets are priced as low as $69.99.

Mountain bikes (from $299.99 to $199.98)
Give the gift of fitness with recreational mountain bikes in assorted sizes. Bike helmets are also on sale and are priced at only $29.99 each.

Modern Family Season 7 news: Will Andy and Haley finally get...