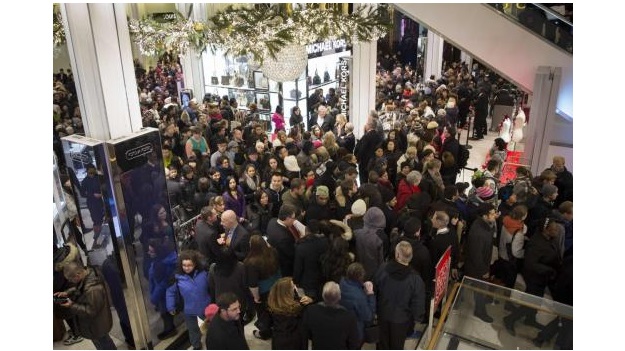 Thanksgiving is just a few weeks away which means that the much-awaited Black Friday is also fast approaching. As early as now, major retail stores, as well as online shops, are already preparing for the upcoming shopping event with some already announcing their plans for the said occasion.

For those who are not yet in the know, this year’s Black Friday sale will be on Nov. 25. With that said, budget-conscious consumers and sale hunters are now on the lookout for the best deals. Some are already anticipating Walmart’s upcoming Black Friday TV ad which is said to arrive on Nov. 9. Walmart will begin the massive price drop event on Thanksgiving Day at 6 p.m.

Moreover, it is said that the retail store chain will dish out a Microsoft Xbox One bundled with the “Gears of War” game and a $30 Walmart gift card for only $299. A 55-inch 4K TV from LG is also up for grabs for $698 while an Apple iPad Air 2 will be offered at $399.

Its competitor, Target, is also slated to open their gates at 6 p.m. the same day. The retailer is said to offer free shipping to its customers without any prerequisites whatsoever. There is also talk suggesting that Target plans on having a so-called $10 off $50 offer during the second half of November.

Best Buy, on the other hand, is rumored to be one of the early birds as they open their doors for this year’s massive sale event on Thanksgiving Day at 5 p.m. and will remain open until 1 a.m. the next day. Reports also say that the consumer electronics store has been offering free shipping to its customers since last Oct. 23 and will run through Christmas Eve.

Shopaholics are advised to stay tuned for the latest updates about the upcoming Black Friday event. Shoppers are also advised to check the respective websites of the retail stores for further details.