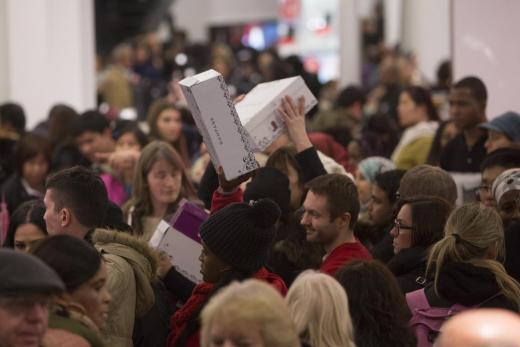 With the pre-holiday season almost upon the consumers, predictions are starting to circulate the web on what products will be offered at a discounted price during Thanksgiving, which is less than two months away.

According to iDigital Times, sales websites are posting ad leaks to the delight of people who may want to prepare and save some money before the actual day. Some major retailers included in the listing are Wal-Mart, Best Buy, Groupon and Macy’s.

When it comes to products, Apple supporters may opt to buy new devices on Black Friday as past years showed that the Cupertino-giant allows their price to go steeply down. In 2014, iPad Mini was priced at only $199 for 16GB version and it remains to be seen how much they are willing to sell the upcoming iPad Pro for.

Android users may head to Best Buy where they offer really cheap prepaid smartphones with the Google’s operating system. They may also have flat-screen TVs that could be retailed for as low as $497 for 50-inch screen.

KTNV also shares that 40-inch high definition ones may start at the price of $110, while laptops may be offered at the amount of $94 for old versions. The latter is expected to be a so-called door buster deal for which people need to wait in line to get their hands on them first.

The report added that one major deal that may be obtained is the predicted cut-down price of Sony’s Playstation 4 to only $299, same as Xbox One by Microsoft.

Online stores like Groupon has already previewed their list of discounts while prices of Sears in Canada have been leaked. Speculations suggest that the pricing model will be adapted to the ones in the United States.

In order not to miss any deal, it is advised that supporters should sign up to the daily subscriptions of their favorite brand as more announcements are expected to arrive in the coming weeks.

Helicopter parenting: Controlling parents cause children to be mean