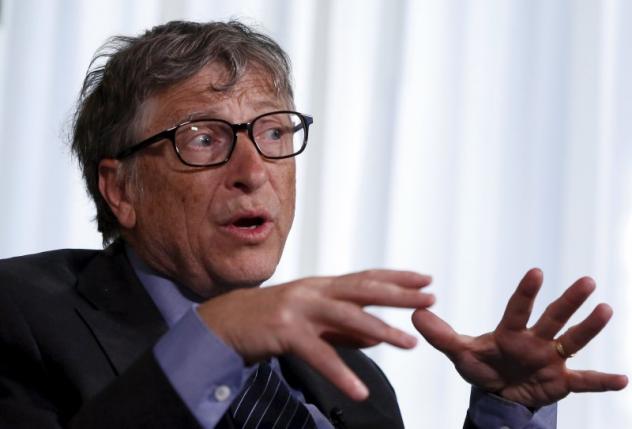 The Bill and Melinda Gates Foundation has turned its attention to the Zika virus outbreak, and its founders said the response to the crisis, which may be linked to devastating birth defects in South America, has been better than for the 2014 Ebola outbreak in Africa.

“We try to bring the best scientists together, and all the best thinking together, with CDC, with WHO,” to look at disease populations, mosquito control, diagnostics and vaccines, she said.

The world’s wealthiest foundation, chaired by the Microsoft Corp co-founder and his wife, has helped make great strides against diseases among the world’s poorest nations. It distributed grants of nearly $4 billion in 2014 and had $43.5 billion at the end of 2014, according to latest available figures.

The Zika crisis “definitely caught us by surprise,” Bill Gates said, as the virus until recently did not appear to be a substantial problem.

“It’s another tragedy, and new medical technology can help, but it never comes overnight the way that we would like it to,” he said. “Ebola, as tragic as it was, the world, including all these scientists, are coming together a lot faster this time around.”

The World Health Organization and governments were severely criticized for a slow response to the deadly Ebola outbreak that killed thousands of people in West Africa.

WHO on Feb 1 declared the Zika outbreak an international health emergency. Since it appeared in Brazil last year, the virus has spread to at least 32 countries and territories, mostly in the Americas, according to the U.S. Centers for Disease Control and Prevention (CDC), with fears it will hit the United States and elsewhere.

Studies under way are attempting to prove whether it is responsible for a surge in a birth defect called microcephaly that can cause serious brain damage and developmental problems.

The best way to tackle the crisis is by getting rid of mosquitoes that carry and spread the disease, Bill Gates said.

“There’s a couple of things the foundation has invested in for a long time, one is how you either change mosquitoes not to carry viruses or how you change mosquitoes so their populations go down dramatically. Those are technologies that we were working on to get rid of dengue and malaria,” he said, noting that the same breed of mosquito carries dengue and Zika.

This year’s letter, a call to action for young people to get involved in taking on the world’s inequity problems, focused on energy and time.

It highlighted the need for new sources of cheap carbon emission-free energy that would enable more than a billion people in poor nations living without electricity to enjoy conveniences long taken for granted in the developed world.

“Within the next 15 years, and especially if young people get involved, I expect the world will discover a clean energy breakthrough that will save our planet and power our world,” Bill predicted in the letter.

Melinda focused on the disparity of time women spend on unpaid work compared with men and how that prevents families from rising above poverty.

Bringing modern conveniences to the poorest nations will help free women to earn money for their families and pay better attention to healthcare and nutrition, she said.

“If you want to transform society and lift people out of poverty, you also have to look at this from a women’s perspective,” Melinda Gates said. “Poverty is sexist.”

China news: 1.8M workers will be laid off to reduce industrial...