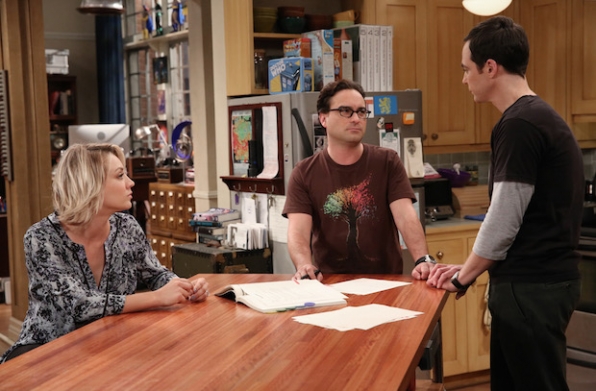 Fans of the “Big Bang Theory” know for a fact how “Star Trek” has impacted the show throughout the seasons. Although there have been no appearances from “Star Trek,” the movie has been widely referred to and acknowledged, especially that it is the favorite show of Sheldon (Jim Parsons), Leonard (Johnny Galecki), Raj (Kunnal Nayar), and Howard (Simon Helberg). This is about to change when the next episode on Nov. 5 is aired.

In the show, Sheldon will present his most prized possessions, which include a napkin that contains the DNA of Leonard Nimoy. As he was showing the napkin, Leonard (Johnny Galecki) and Penny (Kaley Cuoco) will be surprised to find the engagement ring for Amy (Mayim Bialik) buried along with it. Although Sheldon will be upset with Penny for noticing it, he pushes through with the proposal to Amy. However, upon arrival to her apartment, he will be devastated as Amy is dating another guy named Dave, whom she met on a dating application in the previous episode, narrates Ecumenical News.

Overcome with sadness, Sheldon will try to turn to “Star Trek” but as he is reminded by Captain Kirk and Spock that Vulcans have no emotions, he will finally admit that he has emotions, tells the same news portal. With this, Leonard and Penny will try to comfort him instead. On the other hand, Howard and Bernadette (Melissa Rauch) will be seriously talking about starting a family, as they are renovating their home.

The next episode of “The Big Bang Theory” season nine will air on Nov. 5 at 8 p.m. on CBS.