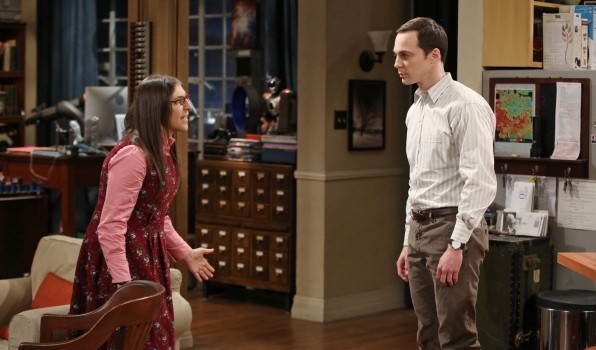 The Season 9 of ‘The Big Bang Theory’ will mostly be focusing on the three couples on the show, as Mayim Bialik reveals that Sheldon and Amy get back together.

In the season finale, Penny and Leonard was seen driving to Vegas to get married, while Amy decided to break-up with Sheldon, before he decided to propose to her.

As shocking and heartbreaking as the break up may be, Bialik, in a recent interview with GoldDerby, revealed that the couple will be seen getting back together, next season.

“I don’t know if I consider it breaking up. The writers were very specific with the language that they used. Amy needed some time, she needed to step back.The way I see it, this is a sense of breathing space and the relationship allows for that,” said Bialik during the interview.

She also added: “I think what’s interesting and kind of sweet and what should not be lost on people is we don’t pathologise our characters. We don’t talk about medicating them or even really changing them.”

According to the VC Post, Penny and Leonard will not be seen getting married in season 9. The website suggested that the much-awaited wedding will probably take place in season 10 or 11.

However, the good news is that ‘The Big Bang Theory’ has been renewed for a season 11 already, as announced by CBS.

As previously noted, Raj and Emily may not be together for the next season. In the previous season, Raj realized that Emily was not the right choice for him, but he didn’t have the courage to break up with her. Maybe this season, he will finally break up with and find someone new.

Meanwhile, Howard and Bernadette will be seen entering a new phase in their relationship.

‘The Big Bang Theory’ season 9 will premiere on CBS this September.